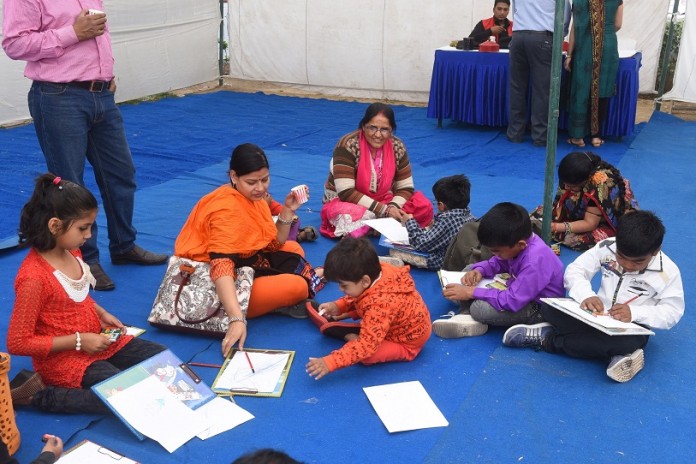 NEW DELHI: Patients of rare, genetic diseases and their families came together on February 29, 2015 to observe the International Rare Disease day in Delhi. The main objective of the day is to raise awareness amongst the policymakers and the public on the burden of these diseases on the lives of patients and their families. The event took place at the Sir Ganga Ram Hospital in Delhi.

Earlier this month, it was announced by the Delhi Government that a committee would be formed to develop a policy for tackling rare genetic diseases like  (LSDs) such as Pompe disease and Gaucher’s disease, and Progeria that causes premature ageing.

Lysosomal Storage Disorders (LSDs) are a category of around 50, rare, life threatening, genetic disorders that result from the deficiency of an enzyme in special compartments in the body’s cells called lysosomes. These enzymes are responsible for breakdown of waste material in the lysosomes. As a result of this deficiency, the wastes start accumulating in the cells, affect multiple organs and cause progressive physical and/or mental deterioration over time. These complications are in the form of developmental delay, movement disorders, seizures, enlarged livers, enlarged spleens, and bone crisis, pulmonary and cardiac problems. 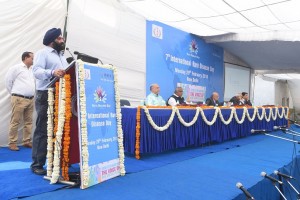 “A collaborative effort needs to be in place in consultation with expert geneticists of the state and with Government hospitals as soon as possible, as many children are dying every year.”

Mr Manjit Singh, the president of the society was present at the event and said, “In view of the fact that the Delhi Government has set up a committee to identify the number of patients in the state suffering from LSDs, the need of the hour is to create a fund and start treatment, with facilities for rehabilitative care centers to be set up immediately. A collaborative effort needs to be in place in consultation with expert geneticists of the state and with Government hospitals as soon as possible, as many children are dying every year.” He went on to further state that “Even departments like ESI, the Armed forces, PSUs and the Maharashtra Government have been giving free treatment to about 14 patients across India.”

This point was reiterated by Dr I C Verma, director of medical genetics at Sir Ganga Ram Hospital who said that “There is an urgent need to develop a national plan for rare disorders in India to save and improve the lives of the large number living with these rare diseases. A definite policy to create awareness among public, doctors and health administrators is essential, with the establishment of diagnostic and management centers. These centers will also engage in counseling and prevention of these disorders”

Lysosomal Storage Disorders occur in about one in 5,000 live births. A majority of LSDs are managed through supportive care measures that are disease-specific. However, seven of the LSDs can now be treated through Enzyme Replacement Therapies (ERTs). India currently has about 300-400 patients who have been diagnosed with treatable LSDs.

According to Dr Verma “A recent study on screening of about 100,000 newborns in 5 centers in India was conducted by the Indian Council of Medical Research (ICMR). It showed that the incidence of Inborn Errors of Metabolism (IEM) was much higher in India than in the West, and almost 26,000 infants with IEMs are born in India every year. Many of them can be saved or mental retardation can be prevented, by timely treatment with special diets and medicines. The Government of India should pass an orphan drug act to encourage research and development of therapies in rare disorders in India as a priority.”

Concluding his talk Dr Verma said that “The World celebrates the Rare Disease day on 29 February, 2016, and this provides an occasion for the Government and the corporate sector to dedicate and commit resources for the genuine cause of patients suffering from rare disorders.”

Global market for AI in agriculture to reach USD 8,379.5 million by 2030: FICCI-PwC report