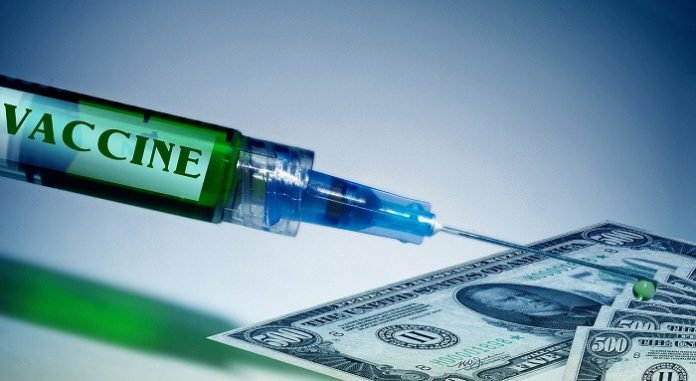 New Delhi: The Coalition for Epidemic Preparedness Innovations (CEPI), in collaboration with Ind-CEPI, has announced a new partnering agreement with a consortium comprising Bharat Biotech (BBIL) and the International Vaccine Institute (IVI) to advance the development of a Chikungunya vaccine.

CEPI will provide the consortium with up to US$14.1 million for vaccine manufacturing and clinical development of a two-dose live-inactivated vaccine (BBV87) against Chikungunya. This award is supported by the European Union’s (EU’s) Horizon 2020 programme through an existing framework partnership agreement with CEPI.

The consortium will be further supported with a grant of up to $2.0m from the Indian Government’s Ind-CEPI initiative which will fund the set-up of GMP manufacturing facilities for the vaccine in India, and the subsequent manufacture of clinical trial materials. In addition to manufacturing, the partnering agreement will finance a multi-centre Phase 2/3 adaptive clinical trial to be conducted by IVI in Colombia, Panama and Thailand which will provide crucial data about the safety and immunogenicity of the vaccine candidate.

“Chikungunya has emerged as an important public health problem in India. The development of an effective Chikungunya vaccine will be a game changer in the global health sector. Under the Ind-CEPI mission, the Department of Biotechnology, Government of India will support Bharat Biotech for this collaborative project, the first initiative of this mission, to expedite the development of Chikungunya vaccine,” said Dr Renu Swarup, Secretary, Department of Biotechnology (DBT) and Chairperson, Biotechnology Industry Research Assistance Council (BIRAC).

The partnership will build on BBIL’s experience of developing and supplying affordable vaccines, and WHO prequalification procedures, to ensure affordable access to the vaccine in countries where Chikungunya is endemic, in line with CEPI’s core commitment to equitable access.

The investment is part of CEPI’s third call for proposals which was launched in January 2019. Since the launch of this call, over US$80 million of CEPI core funding has been committed to three Chikungunya vaccine candidates and two Rift Valley Fever vaccine candidates.

Dr Krishna Ella, Chairman and Managing Director of Bharat Biotech, mentioned, “We are immensely proud to be part of this esteemed alliance to bring to the world a safe and effective solution against the debilitating Chikungunya infection. At Bharat Biotech, we have always been at the forefront of innovation while developing vaccines for neglected diseases such as Typhoid and re-emerging epidemics such as Zika, H1N1 and Japanese Encephalitis. We are hopeful that with accelerated clinical development in endemic countries, the candidate CHIK vaccine will be successful. We are witnessing that today’s neglected diseases are susceptible to become tomorrow’s pandemics and with this collaboration we have the opportunity to tackle them proactively.”

BBIL’s BBV87 vaccine is an inactivated whole virion vaccine based on a strain derived from an East, Central, South African (ECSA) genotype. The vaccine has completed standard pre-clinical studies, and an optimum immune response was elicited by the adjuvanted vaccine in phase 1 clinical trials in India. Inactivated virions technology has a safety profile which potentially makes this vaccine accessible to special populations, such as the immunocompromised and pregnant women, that some other technologies cannot reach.

Chikungunya virus was first identified in Tanzania in 1952, with sporadic outbreaks of the disease reported subsequently across Africa and Asia. In 2004, the disease began to spread quickly, causing large-scale outbreaks around the world. Since the re-emergence of the virus, the total number of cases has been estimated at over 3.4 million in 43 countries.

Chikungunya is spread by the bites of infected female Aedes mosquitoes and causes fever, severe joint pain, muscle pain, headache, nausea, fatigue and rash. Joint pain is often debilitating and can persist for weeks to years.

Climate change could further amplify the threat posed by Chikungunya. As the climate warms, more areas across the world will become habitable for the mosquito vectors that transmit the virus, thereby increasing the size of the human population at risk of infection. For example, in 2007, an outbreak of Chikungunya virus infections was declared for the first time in Europe with more than 200 human cases reported in Italy. Since 2014, in the USA, local-transmission of the virus has been reported in Florida, Puerto Rico, Texas and the U.S. Virgin Islands.

Commenting on the same, Dr Richard Hatchett, Chief Executive Officer, CEPI, stated, “Chikungunya continues to be a threat to public health in countries around the globe. It is a painful and debilitating disease for which there is no licensed vaccine or treatment. Through this partnership with Bharat Biotech and IVI we will accelerate the clinical development of the Chikungunya vaccine candidate, with the aim of producing a vaccine and making it accessible to those most affected by the disease.”

In his comments, Dr Jerome Kim, Director General of IVI said, “Vaccination is the most sustainable and cost-effective way of protecting millions of people from Chikungunya, a painful disease with no known cure or licensed vaccine. In line with IVI’s mission to develop vaccines against diseases that primarily impact low- and middle-income countries, our partnership with Bharat Biotech and CEPI seeks to develop and produce a safe, effective, and affordable vaccine that protects people from the debilitating effects of Chikungunya and enables them to live productive lives.”

“Through these late-phase clinical trials under GCCDP, we’re looking forward to generating additional safety and immunogenicity data from three endemic countries to support use of this vaccine in outbreaks and routine immunization in endemic countries, said Dr Sushant Sahastrabuddhe, Principal Investigator and Director of the Global Chikungunya vaccine Clinical Development (GCCDP) consortium.

NIRAMAI to host a webinar on International Women’s Day

Rahul Koul - September 5, 2019
600
Mentioned Dr Alok Roy, Chairman, Medica Group of Hospitals in an exclusive interaction with the BioVoice where he shared his views on the issues surrounding healthcare sector in India.................

Rahul Koul - December 9, 2020
307
In an exclusive interview with BioVoice, Managing Director of J Mitra & Company, Jatin Mahajan shared his views on various aspects related to COVID-19 besides the details of his company’s latest activities, and much more.......................