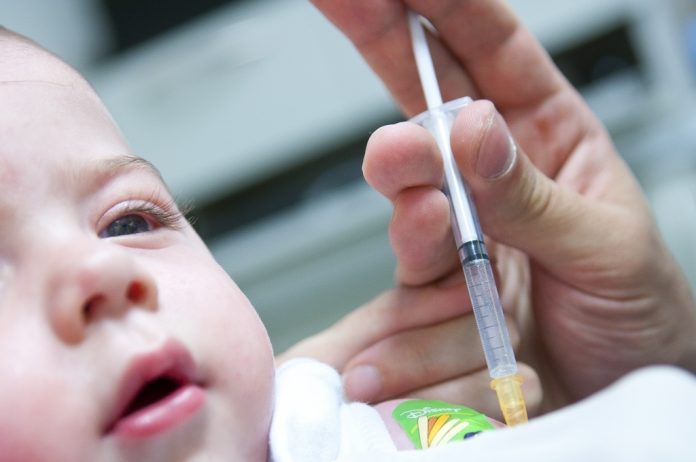 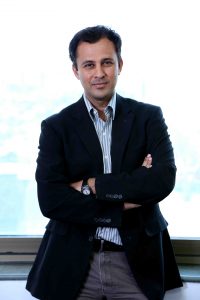 About Author: Prof Ramanan Laxminarayan, distinguished professor and Vice-President for Research and Policy at the Public Health Foundation of India.  He is an economist and epidemiologist by training. His research work deals with the integration of epidemiological models of infectious diseases and drug resistance into the economic analysis of public health problems. He has worked extensively with the World Health Organization (WHO), World Bank and other international organizations on evaluating malaria treatment policy, vaccination strategies, the economic burden of tuberculosis, and control of non-communicable diseases.

India has the largest number of births in the world – more than 2.6 crores every year. More than a crore immunization sessions are organized each year to target these infants and 3 crore pregnant women for routine immunization (RI) under the Universal Immunization Programme (UIP). Full immunization against preventable childhood diseases is the right of every child. The programme offers free immunization services across the country and has been operational for more than 30 years.

The UIP provides vaccination against eight life-threatening diseases (Diphtheria, Whooping cough, Tetanus, Polio, Tuberculosis, Measles, Hepatitis B and Haemophilus influenzae type B – Hib) in the entire country. In addition, vaccination against Rotavirus and Japanese Encephalitis (JE) is provided in select districts/states in the country.

In 2014, India’s full immunization coverage stood at 65 percent. Nearly 89 lakh children in the country were still partially immunized or unimmunized, despite the success of Polio elimination. With a view to achieve full immunization coverage for all children at a rapid pace and to strengthen the UIP, the Government of India launched Mission Indradhanush in December 2014.

The factors in vaccine uptake can broadly be attributed to demand and supply side issues.

Supply side issues relate to factors that hinder the reach of immunization services to the community – for example, the need for better infrastructure, trained man power, ways to prevent vaccine wastage and stock outs and increasing accessibility of the immunization services, especially in hard to reach areas and migrant communities.

“India maintains nearly 27000 cold chain points that supply vaccines to about 6 lakhs villages in more than 650 districts in the country. To strengthen the cold chain and supply side further, technologies like the electronic vaccine intelligence network (eVIN) are being scaled up nationally.”

Supplying specific vaccines, on a schedule, to more than 2.6 crore children and 3 crore pregnant women in more than a crore immunization sessions across the country calls for massive cold chain and supply operations across the country. India maintains nearly 27000 cold chain points that supply vaccines to about 6 lakhs villages in more than 650 districts in the country. In 2014, 40 crore vaccine doses were administered under the government’s immunization programme. To strengthen the cold chain and supply side further, technologies like the electronic vaccine intelligence network (eVIN) are being scaled up nationally.

Demand side issues: The Awareness Gap

While significant improvements have been made to meet the supply side challenges in the last couple of decades, India faces a huge challenge on the demand side of the issue. The key reason for children being partially immunized or being left unimmunized is the communication and awareness gap (60 per cent, source – concurrent RI monitoring data).

Both these factors have resulted in a huge awareness gap which hinders the uptake of the immunization services. Lack of awareness is also one of the chief causes for partial immunization in the country, which puts children at a 3–6 times higher risk of death as compared to fully immunized children.

These children are most susceptible to childhood diseases and are at a much higher risk of dying as compared to fully immunized children. Large scale outbreaks of diseases (for example, the recent Diphtheria outbreak) are a result of lack of uptake of immunization services, often due to myths about vaccination.

There is an urgent need for dedicated communication interventions, strategic planning, skill development of the health workers and monitoring of these interventions.

The Mission aimed at system strengthening to address inequities and improve routine immunization in India. Underserved, migrant and mobile communities and settlements, including hard to reach areas were identified in districts, reached through the programme and subsequently included in microplans for routine immunization. Inclusion will ensure that regular services can be provided in an integrated manner for these areas, even after Mission Indradhanush drives are over. Mobilization of resources helped to make the Mission feasible and successful. Support of other ministries and government departments like Railways, Defence, Panchayati Raj, Women and Child Welfare was also elicited for making Mission Indradhanush a successful campaign.

“It is of utmost importance that myths and rumours be dispelled to ensure that the right to health of every child is secured and no one is left without access to the life-saving interventions such as immunization against vaccine preventable disease.”

To bridge the awareness gap, a communication campaign with a 360 degree approach was designed to increase the visibility of the program and the campaign. Communication planning was conducted from the national, state, district to community levels. The Mission also highlighted the contribution of the health workers, critical to the programme’s success. Special media material was designed with a call to action to #FullyImmunizeEveryChild. Improved social mobilization activities, including disseminating communication and awareness material like hoardings, posters, banners, video and audio spots, inter-personal communication activities like mothers’ meetings etc. were conducted. For the first time, a social movement around full immunization was created, giving the UIP, the much needed boost for visibility and awareness.

The mission was monitored directly from the national level for better program implementation and regular feedback to the states. Importantly, it brought accountability, commitment and dedication for strengthening routine immunization programme across the country.

The special immunization drives (Mission Indradhanush Phase 1, 2 & 3) along with routine immunization sessions, across the country, have yielded successful results:

The Mission has been successful in generating demand for immunization through mass awareness drives at every level, with a special focus on community mobilization and motivating the health workers.

Along with the highest level of political advocacy, immunization partners including WHO, UNICEF and others, political advocates and civil society were roped in to strengthen the mission. Health system strengthening and monitoring was carried out through training the health force at all levels. Advocacy with community based influencers such as Sarpanchs, Pradhans, religious leaders etc. was done to help the community overcome the hesitancy to accept vaccination.

Resurgence of a vaccine preventable disease in any community is a sign of decreasing levels of immunization coverage or low levels of vaccine uptake. India also needs a better surveillance programme of the disease burden itself so that the community can be made aware of the burden of such diseases and how interrupting immunization uptake can result in larger outbreaks. It is of utmost importance that myths and rumours be dispelled to ensure that the right to health of every child is secured and no one is left without access to the life-saving interventions such as immunization against vaccine preventable disease.

The final challenge in India’s immunization programme is the point of last-mile connectivity. This is where the real ‘foot soldiers’ of the Universal Immunization Programme are deployed. Auxiliary Nurse Midwives, ASHAs and Anganwadi workers help families understand the importance of vaccination. They work tirelessly across the geographies and demographies to deliver the vaccines and immunization services, securing the health of the generations. They continue to be the key to the success of India’s largest health programme, saving lives.