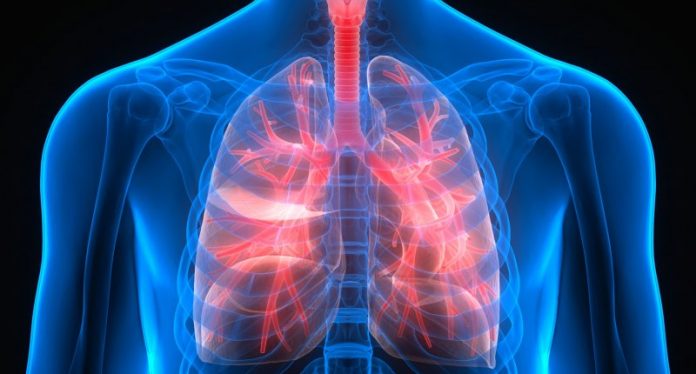 Mumbai: It was considered largely a disease of elderly smoking men till 20 years back, but lung cancer incidence is increasing steadily in women as well as in non-smoking men in India today.

Dr Anil Heroor, Head of Department of Surgical Oncology, FORTIS Hospital Mulund and Kalyan, Consultant Cancer Surgeon, Anil Cancer Clinic says the incidence is increasing in both men and women but the number of women reporting lung cancer has markedly increased as compared to 10 years back.

“Common causes attributable to this trend are increase in incidence of smoking in women, exposure to second-hand smoke at home, and other environmental hazards including air pollution. Smoking is the most important risk factor which is said to be responsible for almost 80 to 90 percent of lung cancers. Other factors like passive smoking, exposure to asbestos, radon, metals (arsenic, chromium, and nickel) and radiation are some which may lead to lung cancer,” says Dr Heroor.

Yet, more than half of the non-smokers who report lung cancer are women, pointing to the fact that apart from environmental and lifestyle factors, biological and genetic differences between men and women also play a role in susceptibility to lung cancer and the risk of dying from it.

Dr Sheikh says some researches have indicated that female hormone estrogen may help certain lung cancer cells to grow and spread throughout the lungs. This may aid the growth of lung cancer in non-smoking women.

Adenocarcinomas of the lung (a type of non-small cell lung cancer) are one of the most common types of cancers found in women as well as in non-smokers. These cancers tend to develop on the outer regions of the lungs, and therefore often spread to other parts of the body before showing clear symptoms. The initial symptoms that occur is these types of cancers are usually vague such as general fatigue, pain in the back or shoulders.

“A large share of non-smoking patients is also women who might have had exposure to second hand smoke all their lives at home. Second hand smoke or the smoke inhaled by a non-smoker inadvertently from his/her surroundings is basically environmental tobacco smoke which constitutes two streams. First is the mainstream smoke or the smoke exhaled by the person smoking a cigarette. The other form is sidestream smoke that emanates from the lighted end of a cigarette or cigar. The latter is more toxic and has higher concentration of carcinogens, according to American Cancer Society. The particles constituting sidestream smoke are also smaller compared to mainstream smoke and can easily make way into the lungs,” explains Dr Heroor.

Lung cancer is among the top five cancers prevalent in both men and women across the world. World Health Organization attributes 1.59 million deaths every year globally to lung cancer.

Quit all Types of Smoking: Quitting smoke is the single most important risk mitigating factor for lung cancer. This includes saying no to all kinds of smoke be it cigarette, hookah or cigars. This also includes making sure you are not exposed to any second hand smoke. Set no smoking rules in your home as well as among gathering of friends.

Limit exposure to polluted air: While not much can be done about the air we breathe on an individual level, we can certainly take steps to minimize exposure. Wearing masks on the roads, avoiding walking and outdoor exercising on most polluted times of the day and installing air purifiers at home are important initiatives.

Stay Alert to Symptoms: No cough that exceeds more than 2 weeks must be ignored even if it appears to you a harmless allergic cough. At the same time, onset of unusual symptoms like pain in the chest, shoulder or back accompanied with general fatigue and feeling of unwellness must not be ignored.