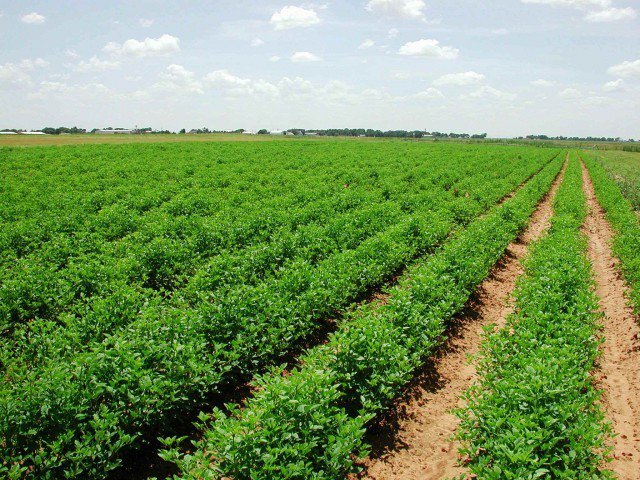 New Delhi: The low levels of productivity, growth and incomes ailing the farm sector in India and causing immense agrarian distress is well known. Without undertaking radical reform it is impossible to transform agriculture and double farmers’ income. However, state governments have been extremely lax in implementing much needed reforms to modernize agriculture and create a favourable policy and market environment for farmers.

Addressing the issue, NITI Aayog has identified three key areas for reformand is now persuading states to undertake the reforms. The areas identified for immediate reforms are:

Today, marketing is extremely crucial and almost every sector has embraced marketing principles to ensure best possible outcomes. However, agricultural development in India has entirely ignored the potential of marketing and has continued to follow its old trajectory.  Therefore, the benefits that can be accrued from agriculture are largely untapped. Productivity is some states is regrettably low and there is a vast disconnect between prices received by farmers and the prices paid by consumers.

Moreover, private capital and modernization have completely evaded agriculture, resulting in barely any addition to the value chain. The poor state of reforms in the sector is also the primary reason for the non-performance of agricultural food processing industry in India. This, despite very favourable demand-side factors spread across the country. Much of the potential that post-harvest value addition can bring to agriculture has been ignored. Reforms in this area can bring out an enormous increase in employment by create jobs in cleaning, processing and marketing of grain directly by the farmer. This will also resolve underemployment encountered in agriculture.

Three crucial reforms pertaining to marketing in agriculture have been recommended by NITI Aayog. First is the immediate need to amend existing regulations in order to liberalize markets. Farmer to should be given the freedom to decide to whom, where and how he wants to sell his produce. Seven indicators have been developed by NITI in this regard. The reforms also suggest special treatment of fruits and vegetables from other farm produce as they are perishable and produced in small quantities. Importantly, the recommended reforms place importance on IT in marketing for the creation of a ‘national market’ for agriculture, so that farmers across the country may benefit from interconnected markets, through the use of appropriate technology. This important reform has so far eluded the country due to strong lobbies of middlemen and the reluctance of political class to take favourable steps.

Taking note of increasing incidents of leasing in and out of land and suboptimal use of land with lesser number of cultivators, NITI has reformed the land leasing law to recognize the tenant and safeguard interest of land owners. The reforms also lay stress on the untapped scope of agro forestry in supplementing farmers’ income.

That apart, NITI Aayog has launched an index to rank States and UTs that is based on implementation of seven provisions proposed under model APMC Act,  joining eNAM initiative, special treatment to fruits and vegetables for marketing and level of taxes in mandis. These indicators reveal ease of doing agribusiness as well as opportunities for farmers to benefit from modern trade and commerce and have wider option for sale of her/his produce. These indicators also represent competitiveness, efficiency and transparency in agri markets. The second area of reforms included in the index is relaxation in restrictions related to lease in and lease out agricultural land and change in law to recognise tenant and safeguard land owners liberalisation. The third area included in the index represent freedom given to farmers for felling and transit of trees grown on private land. This represent opportunity to diversify farm business.

The Index is named as “Agricultural Marketing and Farmer Friendly Reforms Index” and it has a score which can have minimum value “0” implying no reforms and maximum value “100” implying complete reforms in the selected areas. States and UTs have been ranked in terms of the score of the index.

The state of Maharashtra achieved first rank in implementation of various reforms. The state has implemented most of the marketing reforms and it offers best environment for doing agribusiness among all the states and UTs.  Gujarat ranks second with a score of 71.5 out of 100, closely followed by Rajasthan and Madhya Pradesh. Almost two third states could not reach even halfway mark of reforms score. Major states like U.P., Punjab, West Bengal, Assam, Jharkhand, Tamil Nadu and J&K are in this group.

Some states and UTs either did not adopt APMC Act or revoked it. They include Bihar, Kerala, Manipur, Daman and Diu, Dadra and Nagar Haveli, Andaman and Nicobar. They are not included in the ranking.