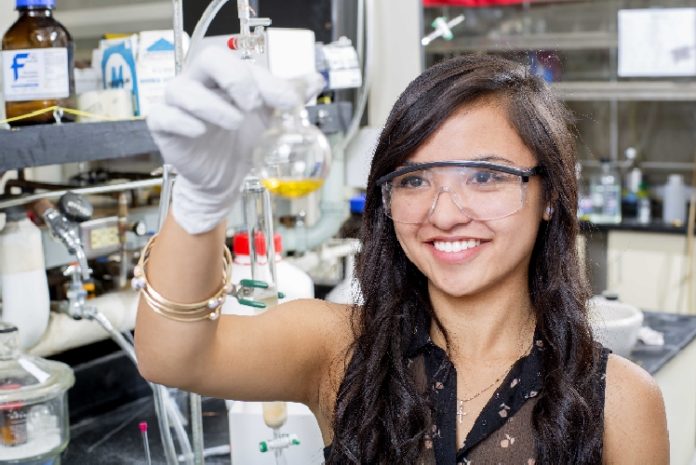 New Delhi: The Department of Science and Technology (DST) initiated exclusive schemes to enable women to pursue a career in Research and Development (R&D) in Science and Technology (S&T)  only in the year 2002. Before that sporadic attempts had been made in this direction and hence only a few women were engaged in R&D in mainstream science.

One of the major reasons for this anomaly leading to gender gap in scientific R&D was the break in career that many women had to face due to familial compulsions like marriage, child birth, looking after old or ailing parents, children’s education and so on.

Subsequently, DST launched DISHA Programme for Women in Science to address these issues and made focused efforts to not only facilitate the re-entry of such women to mainstream science by offering them opportunities to pursue R&D, take up projects having distinct societal impact and explore a career in Intellectual Property domain.

Over the years, the programmes initiated by DST under Disha Programme for Women in Science, gathered momentum. DST also got better insights into various issues and challenges that women faced and made necessary adjustments to address these. Thus in the year 2014, DST restructured the women specific programmes under one umbrella called “KIRAN (Knowledge Involvement in Research Advancement through Nurturing)”. Through KIRAN, DST is not only addressing various issues related to women scientists (unemployment, break-in career, relocation, etc.) but is also aimed at providing opportunities in research, entrepreneurship, science communication, technology development/demonstration and self-employment.

In addition, Consolidation of University Research for Innovation and Excellence in women universities (CURIE) is another component of KIRAN that has a focus to develop state-of-the-art infrastructure to help large number of women to enhance their S&T skills and knowledge in order to make a fulfilling career in this domain besides promoting research culture in such institutions.  Further, KIRAN is providing budgetary support for creating Women Technology Park (WTP) where appropriate S&T packages for women are developed to improve livelihood and health & nutrition besides reducing drudgery in order to enhance their quality-of-life. KIRAN is thus different in many ways from Disha as it has more holistic approach and inclusiveness and gives more career options to women through new components, namely mobility as well as training in science communication, entrepreneurship, and leadership.

Disha was focused primarily on gender mainstreaming and approx 500 women scientists got benefited through this and entered in mainstream science in two years of its operations.

The budgetary allocation under Disha for two years of its currency as well as KIRAN since its inception (2014-15) is given below. Although the funding in first few years remained static but there has been increase in the allocations in recent years. However, education analyst, Ms Rashmi Vidyadhar terms this modest as compared to the actual massive requirements and the amount being spent on other schemes. “What we need is an effective programme that delivers sustained results. One that could identify even women or young girls from humble backgrounds. That is not happening yet,” she mentioned.

As per the Ministry of Science and Technology, it has devised a unique programme consolidation of University Research for Innovation and Excellence in Women Universities (CURIE)” in 2009 to provide state-of-the-art infrastructural support to Women Universities in order to strengthen as well as improve academic and research activities. So far, 6 such universities have been given grants-in-aid. KIRAN Scheme is mandated to support women at University level only and does not cater to schools.

Rahul Koul - June 21, 2021
400
This edition of Chat with BioVoice features Suneela Thatte, Vice President & Head, R & D Solutions, IQVIA India who believes that the demand for faster and better drug development brought on by the pandemic is only going to accelerate the adoption of digital technologies........................