Bangaluru: The plant or animal cell also known as eukaryotic cell, consists of a dynamic transport system that quite closely resembles a huge busy city with different areas interlinked by a traffic network. Each cell has distinct compartments connected to each other by a dynamic traffic system with signals.

Among these interlinked compartments, the Golgi complex is essential for many cellular functions, and a question that has long puzzled scientists is: how did such a complex compartment and traffic system arise within a cell?

Now the scientists from the National Centre for Biological Sciences (NCBS) based in Bangalore, have a possible answer to this question through a mathematical approach to explore how such organisation could have evolved. Somya Mani and Mukund Thattai from the Simons Centre at NCBS have shown that the Golgi complex with its attendant traffic system can emerge spontaneously from a simple model with no need for a special selection mechanism.

Within cells, the Golgi complex is a set of compartments that is essential for processing, packaging and transporting proteins and other molecules. A key characteristic of the Golgi is its organisation as a ‘maturation chain’ with younger and older compartments having variable molecular compositions. These compartments perform different processing and packaging functions, especially in the synthesis and transport of giant proteins like collagen. 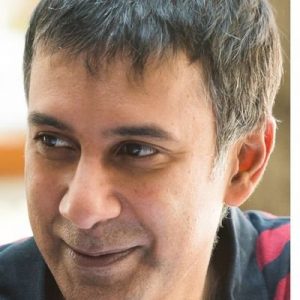 “Now, it’s very strange that this maturation system developed in order to transport giant molecules. You can’t transport large molecules if you don’t have the whole system working, but if there was no function for the maturation system, what drove it’s evolution?” asks Mukund Thattai. “It’s a classic chicken-and-egg problem or what you call a catch-22,” he says.

The different compartments of the Golgi complex are connected to each other and to other cellular areas via mobile membrane-bound chambers called vesicles. Vesicles constantly bud off or fuse with compartments, forming a cell-wide transport system for different types of molecules. In order to investigate the origins of the Golgi complex, Mani and Thattai simulated this traffic system.

Inspired by the coarse-grained approach of physicists like Maxwell in defining the kinetic theory of gases, the researchers decided to study the phenomenon at a macroscopic level. Ignoring details such as the specifics of molecular interactions, numbers of molecules, sizes of compartments or vesicles and spatial positioning, they used just four factors to model the cellular traffic system.

One parameter defined the molecular labels in each vesicle or compartment, and the second defined the molecular coat composition of vesicles. The third parameter defined the propensity of each vesicle to be loaded with a molecular cargo and the fourth set the propensity of vesicle fusion. Based on these, the scientists modelled the stream of vesicles budding out of source compartments and fusing with target compartments within a cell. These events were specified by budding and fusion matrices to create a collection of simulated cellular traffic networks that had settled into a state of equilibrium.

But then, they got an astonishing result.

In roughly 25% of their simulations, the researchers came across traffic networks that had developed distinct patterns closely resembling those of a Golgi complex. This means that despite the lack of a selection mechanism, a vesicular traffic network in a cell could give rise to a functional ‘maturation chain’ of compartments purely by chance.

In other words, Mani and Thattai’s work shows the evolution of the Golgi complex is likely to have been non-adaptive – no selection system need have pushed cells to develop a Golgi complex.

“We could argue that the Golgi might have come about for some other purpose, a purpose that nobody has been able to figure out. But the essence of this paper, is that there is no other purpose,” says Thattai about the recent publication in the journal eLife that describes these findings. “But once cells had the Golgi, fine! It’s a great system for transporting giant molecules, and so cells used it,” he continues.

The scientists are now planning to use their model to study infectious sytems like tuberculosis and HIV, which are caused by intracellular parasites that hijack a cell’s vesicular traffic system for their own use.

“The parameters of our model can be easily interpreted in terms of biological properties of traffic molecules. So, our model mightgive us clues into the molecular mechanisms that parasites like M. tuberculosis use to hijack the vesicular transport systems,”says Mani. “We can also study mechanisms that the cell could use to reinstate its normal traffic system after such an infection,”she adds.

Note: This release has been reproduced from NCBS website. The research described in this article has been published as a paper titled “Stacking the odds for Golgi cisternal maturation” in the journal eLife in September 2016. The paper can be accessed here.