New Delhi: In his address at the roundtable conference on ‘Addressing Challenges of Food Security,’ organised by The Associated Chambers of Commerce and Industry of India (ASSOCHAM), Prof Ramesh Chand, member, Niti Aayog informed that the top government policy think tank is in process of developing a multi-dimensional indigenous food security index. He termed the methodology used by the Food and Agriculture Organisation (FAO) of the United Nations to measure the extent of food security in India as wrong.

He said that in order to show the achievements, the UN and FAO, rather than expanding the norm of food security, they have been narrowing the norm of food security from 2,400 kilo calories and 2,100 kilo calories as minimum dietary energy norm for urban and rural areas to 1,800 calories and they have not included many other factors like – what is happening to proteins, minerals and micro-nutrients.

Speaking at the gathering of agri-entrepreneurs and other agriculture stakeholders Prof Chand mentioned, “Since last two years have not been good, we have a very low base, so we can expect about six per cent growth agriculture growth in 2016-17, if monsoon turns out to be normal.”

On technology front, Prof Ramesh informed that this Kharif season, Niti Aayog will undertake a pilot project in about five villages in Bihar along with Bill & Melinda Gates Foundation to identify that if a favourable external environment is ensured, whether that will help in increasing the productivity of pulses or not.

“Their definition is all encompassing, it is a very ideal definition, it talks about adequate and nutritious food at all time for all people but when it comes to measurement they just use only dietary energy that too norm at 1,800 kilo calories,” added Prof Chand.

He further said that India needs to have its own estimate to measure the extent of hunger like in case of other indicators like education, poverty and others to ensure that food security related norms are used in proper way for human development.

Explaining the Syngenta’s Good Growth Plan at the roundtable conference, Mr Bipin Solanki, Territory Head, Syngenta South Asia mentioned “In order to achieve food security we need to deal with the twin issues of affordability and availability. This means we need to have the right solutions for resource efficiency and the right production strategy for key crops. Though the Good Growth Plan, we want to contribute to India’s food security and help farmers meet agricultural challenges in a sustainable way. In order to make a measurable contribution by 2020, we have set ourselves specific targets related to improving resource efficiency, rejuvenating ecosystems and revitalizing rural communities.” 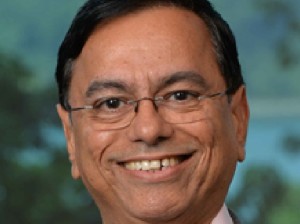 “The Good Growth Plan is particularly relevant to India as agriculture is the mainstay of the country’s economy and provides employment to more 50 per cent of its population.”

“ With India estimated to add half a billion people by 2050, farmers will have to grow crops more efficiently, conserve existing land, improve biodiversity and most importantly integrate the vast multitude of smallholders currently holding less than two hectares into the mainstream of the developmental process,” explained Mr Solanki.

The statistics reveal that by 2022, India’s human resources requirement in agriculture will reduce significantly due to shrinking agricultural land and the rapid movement of farmers from rural to urban areas. Although there can be no quick fix solutions but the government is expected to take strong measure to boost rural economy.