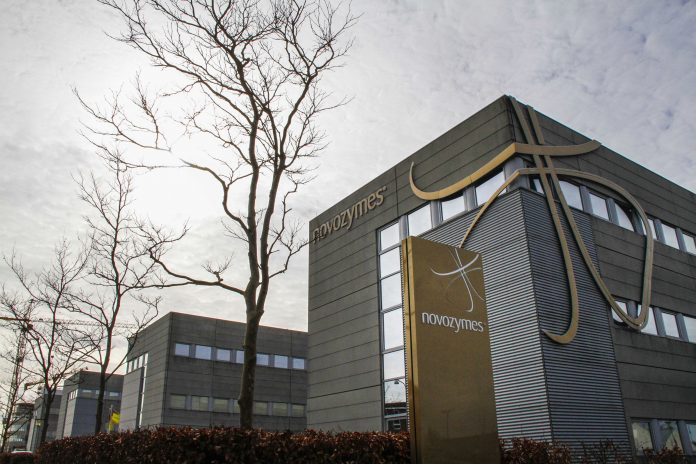 New Delhi: Against the backdrop of a historic Paris Agreement and adoption of the UN Sustainable Development Goals (SDGs), businesses around the world have received the message that governments are signaling the end of fossil-fuel based societies, and making a commitment to establish green economies.

CDP announced its annual ‘A List’ of the highest scoring companies on climate action at an event in Oslo, on Oct. 25. Novozymes was once again included on the elite list owing to its efforts to reduce carbon emissions and mitigate the business risks of climate change.

“Apart from being honored to once again be recognized as a global leader on climate action, we are also extremely thrilled to see that business is making substantial effort to transit to a low-carbon world. The Paris Agreement and the SDGs are already working as the new compass for business,” says Claus Stig Pedersen, Novozymes’ Head of Corporate Sustainability.

“It is exciting to witness the ongoing shift in the role of business as it realizes that some of the world’s most pressing challenges, including climate change, also represent some of the biggest future business opportunities,” he adds.

Company reduced its own emissions by 7% in 2015

Novozymes implemented 40 different energy-saving and process optimization projects in 2015, helping reduce CO2 emissions in the company’s own operations by 7%, as compared with 2014. Last year, Novozymes’ customers avoided an estimated 60 million tons of CO2 emissions by applying the company’s products. The savings achieved are equivalent to taking approximately 25 million cars off the road.

Novozymes’ biological solutions save customers 100kg CO2 for every 1kg of product applied, on average. The company made history last year by becoming one of the first in the world to align its corporate strategy with the SDGs.

CDP’s report, “Out of the starting blocks: Tracking progress on corporate climate action”, presents carbon emissions and climate change mitigation data from 1,089 companies, including those that made the A List. The data is disclosed to CDP at the request of 827 institutional investors with assets of US$100 trillion. These companies, which are some of the world’s most significant in terms of market capitalization and environmental impact, account for 12% of total global greenhouse gas emissions.

The benchmarking A List comprises companies, such as Novozymes, that are identified as A grade for their actions to mitigate climate change in the 2015 reporting year. Following an independent assessment against CDP’s scoring methodology, 193 companies have made the list, which also features Novozymes partners and customers such as DSM and Unilever. 14 companies are from the Nordic region, of which three – Lundbeck, Novo Nordisk, Novozymes – are from Denmark.

Rahul Koul - May 14, 2020
162
In an exclusive interaction with the BioVoice, Dr Rishi Bhatnagar, President, Aeris Communications, and Chairperson of The Institution of Engineering and Technology - IoT panel talked about various aspects of dealing with pandemic including the role of technology and communication.....................