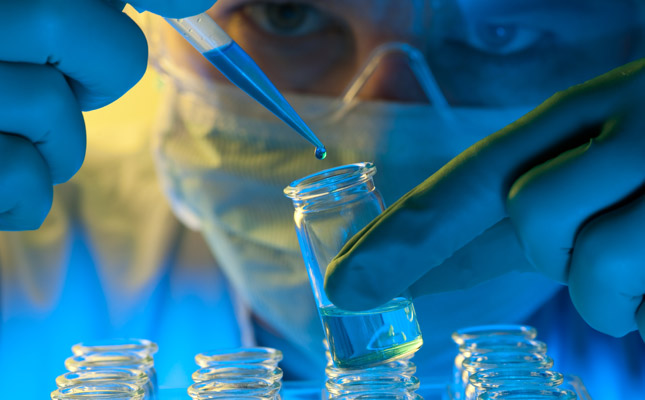 New Delhi: With over 16 percent of global population living in India, the country shares 20 percent of the world’s disease burden. The growing number of patients who spend out of pocket money for healthcare will require affordable medicine at par with their food and living requirements. In steep contrast to that, it is equally surprising to note that we contribute only 1.4 percent in terms of clinical trials to the drug development process worldwide. Infact, the last few years witnessed huge setback to clinical research scenario in India as the number of actual approvals declined significantly. From booming industry in 2010 to merely 480 trials (with 253 approved) in 2012 and further to 207 (with 73 approved) in 2013, it scaled down to two figure statistics.

The larger negative public opinion generated through political rhetoric, allegedly biased media trials and unwanted judicial activism led to the demise of a young industry. The fluctuating regulations added to the uncertainty. As a consequence, India was no longer considered to be a favorable place for carrying out trials. While things have moved a bit in last two years due to few new initiatives to help streamline the regulations, there is a lot more to improve the outlook. The mainstream media have now toned down a bit on its blind criticism, but activists still are on an oath to chase what they perceive an evil industry.

According to market observers, one and a half decade-old India CRO industry can still overcome early challenges to report a decent growth figures. Even the latest figures say that approximately more than 2000 clinical trials are happening in India which comparatively is a good figure if we look at the earlier slump. While lower costs has been a crucial factor in making India an attractive destination for global companies looking to conduct large-scale trials, there are other factors like skilled and knowledgeable investigators and expertise, increased compliance towards quality issues, a large patient pool and unmet medical needs of the population also help to lure foreign companies. The focus areas mostly are cardiology, endocrinology, anti-psychiatric, respiratory, diabetic and anti-infection drugs. Even vaccines have been a major area of opportunity but at the same time the trials in this area are the ones that are most tainted so far.

What drives the Indian CRO industry?

Clinical research is an indispensable part of the drug development process, and India has a large potential to contribute in this process.  Clinical trials account for over 40 per cent of the costs of developing a new drug, and as per estimates a standard drug could be tested in India for as little as USD 90 million, which is 60 per cent of the cost of testing in the US.

With the increase in number of CROs in India today, the market for clinical trial outsourcing remains high. The major advantages in India are cost-effectiveness, knowledge and availability of cheap manpower. However, it is yet to reach a level that was expected. The expectations have not been met because of certain issues. Among these are the unavailability of enough qualified manpower, mushrooming of unethical CROs, unwanted delays in regulatory affairs and competition from other countries. Therefore, we need to evolve fast and catch up with the competition that may overtake us completely, if we do not address the issues proactively.

Another favorable trend is the CROs engaging in new business development and expanding their range of services. The growth trend was particularly in the areas of data management, pharmacovigilance and clinical trial management. Until 2000, none of the companies was really offering these services, so these areas need a lot of investment. The fields of data management and medical writing have seen a significant increase in the country. There is a trend of significant amount of work related to data services going to the BPO sector of big IT companies. The CROs were approached for end-to-end study and program management rather than sponsors outsourcing individual activities to different CRO players.

With low confidence in their own habitat, the homegrown CROs were also seen aggressively looking at expanding to other markets. Apart from looking at South East Asian countries to expand their operations, East European nations were also considered for the purpose as well. The main focus areas included oncology, diabetes, CNS and respiratory as their key therapeutic segments. The Indian arms of global CROs too started their business consolidation.

Siro Clinpharm, in early 2011, launched operations in Malaysia. Veeda Clinical Research too has commissioned its CRC Veeda phase I unit at Ampang Hospital in Kuala Lumpur, Malaysia. Having established its presence in Thailand, Synchron Research is looking at tapping the growing South East Asian market With the start of its full fledge 30 bedded facility called Bio-Innova Synchron Research at Bangkok, Thailand. The  JSS Research India which was formerly called the Max Neeman International (earlier acquired by JSS Research, US), has also expanded its footprint into lot many neighbouring countries. The Vietnam and Sri Lanka are among the hot destinations for clinical research due to low labour cost and supportive environment.

Challenges can’t be wished away until tackled!

Although there has been positive signals from the government on the revival of the industry, the fact remains that the clinical trials over the past four years has shown negative or slow growth. The experts familiar with Indian system say that the sponsors can experience unpredictable delays during regulatory approval and multiple queries after dossier submission, compensation pay out issues, approval and rejection queries on documents, which required only notification as per current guidelines like approval of Investigator Brochure (IB), addition of sites, etc.

While the Modi government in India has taken few steps such as coming up with compensation formula and the amendments in overall regulatory guidelines, the challenges are deep rooted. Lot many CROs are still dissatisfied with the way system operates in India and want a much clear roadmap.

There is a need to sensitize the government officials, politicians and the activists about the clinical trials and their importance. If government and official bodies don’t take serious steps, there is a danger of relying over imports for life saving drugs which would cost our patients 30 to 40 times higher than the cost available in India.

“India has some of the highest brain power in the world and should benefit more from conducting larger number of clinical trials of new drugs under development,” commented the Dutch expert Prof Meir Perez Pugatch while presenting the global trends on BioPharma at the Ministerial meeting of the International Council of Biotech Associations (ICBA) meeting during the BIO International conference in San Francisco on June 6, 2016.

Prof Pugatch opined that clinical trials accounted for nearly 70 per cent of the global research and development (R&D) spends of pharmaceutical companies. And clinical trials are a fundamental and crucial component of the BioPharma innovation system globally. According to the global data prepared by the Pugatch Consilium, of the nearly 150,000 clinical trials currently going in the world, India is conducting just 2,835 trials. Compared to the population size of India, this is miniscule, he said.

As per a very recent comment by Ms Suneela Thatte, President, Indian Society for Clinical Research (ISCR), clinical research plays huge role in helping millions of patients the world over get access to new and novel medical treatments and it is the time to thank those who have participated in clinical trials and helped in the discovery of life saving medicines and therapies. “All stakeholders need to work together to rebuild confidence and trust amongst the global community in doing clinical research in India now that we have a more conducive regulatory environment in India for the conduct of clinical research,” she stated.

The government can train people in e-filing and they also need to adhere to timelines. On the part of the industry, professionals must also gear up and start discussing with various government agencies. Associations need to play a more active role now. The mushrooming of a few small unethical CROs are bringing a bad name to the entire industry. A minimal qualification should be there for the establishment of CROs and a basic standard has to be set so that people do not come into this line only for business interests. The lack of enough inspectors in India is also one of the issues that needs to be looked into by the government. There is the need to provide international exposure to these inspectors.

Improve the image of clinical research in the country by working closely with health authorities, organising patient awareness programs, strengthening collaborations with the media and introducing clinical research as a subject in pharmacy and medical college. Enhance the quality of trials conducted in India by strengthening the regulatory framework; increasing awareness among stakeholders including patients; accrediting investigators, sites and ethics committees; and increasing frequency of regulatory inspections.

In fact during 2015, the health ministry proposed pre-submission meetings in a bid to enable technical deliberations between stakeholders and the drug regulator before clinical trial applications are submitted. Now on a fresh note, reiterating the commitment of Central Drugs Standard Control Organisation towards the availability of drugs for major diseases, Dr G N Singh, Drug Controller General of India (DCGI) in his recent message mentioned, “CDSCO is committed in this journey to enable newer therapeutic options being made available to Indian patients at an earliest. I urge all clinical research stakeholders to reiterate their commitment to patient safety, ethics and quality and to work together to ensure we address our growing disease burden effectively and efficiently.”

The regulator said this in the message on the occasion of International Clinical Trials Day posted on CDSCO website on 20th May, 2016. Dr Singh also lauded the patients who volunteer to join the clinical trials. “I would like to applaud the noble efforts of patients who participate in clinical trials and thank the clinical fraternity for the contribution in bringing new, safer and more effective drugs to market,” he stated.

It is a both way street. Industry has to ensure that it will follow the guidelines and identify the back sheep who due to their actions bring disrepute to it, the government too has to ensure that it deals firmly with the scaremongering. Awareness about the importance of clinical trials as a part of drug discovery process has to be made known to public through workshops and appropriate forums.