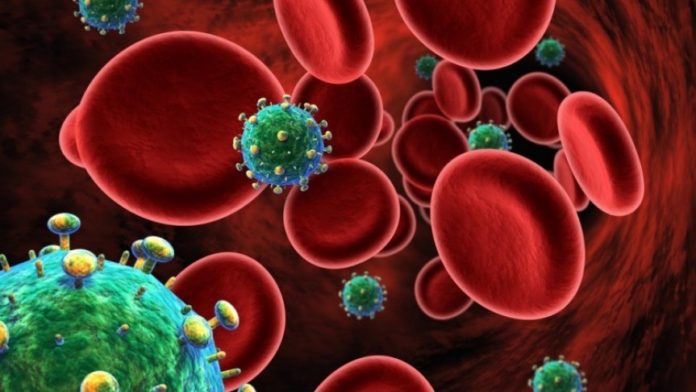 New Delhi: While it might appear to be a short lived delay mechanism but it matters for those who are sitting at the far end of their life. A new study has shown that a single injection of antibodies that target HIV can protect monkeys from contracting the virus for nearly six months. This finding could prove to be a basis of a short term vaccine that could prevent the onslaught of the virus in humans.

Exposed to simian HIV (SHIV) once a week, non-treated monkeys contracted the virus after just three weeks on average, the researchers said, whereas the trial monkeys remained virus-free for up to 23 weeks. In human populations at high risk of contracting the AIDS-causing virus, such protection, even temporary, “could have a profound impact on virus transmission,” the team of German and US-based researchers that included Dr Rajeev Gautam reported in the reputed journal Nature.

These findings suggest an alternate to HIV vaccine as one shot may prevent HIV infection for 6 months or more in high risk populations. 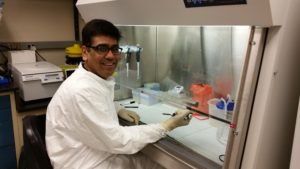 The single injection of four anti-HIV1 monoclonal antibodies offers great protection. This study mimics a real life situation where people contracts HIV from infected person by sexual encounter. Dr Rajeev Gautam who is a Staff Scientist at the National Institute of Allergy and Infectious Disease while talking about the issue of long term efficacy of a passive antibody transfer for HIV 1, says, “We found that enough concentration of monoclonal antibodies stays in body for long time and blocks infection when repeatedly exposed to HIV.”

While main challenge was to develop a model which replicates practical situation where humans are exposed repeatedly to very low copies of HIV resulting in infection, Rajeev says that they are in process of testing long-acting versions of these antibodies to achieve an annual administration of monoclonal antibodies for full protection.

This kind of HIV Vaccine would be great for the under developed African countries as well as developing Asian nations where people can’t afford expensive HIV-AIDS treatment. “HIV is a number one killer among infectious diseases in African countries and rate of new HIV infections are consistently increasing in Asian countries. Without any doubt, vaccine is the need of an hour but HIV is very notorious as it changes itself very fast to escape any counter effect,” he says while pointing towards the long road ahead.

More about the experiments and proof of concept

As per Rajeev, the majority of HIV infections are transmitted via mucosal route therefore repeated mucosal low dose challenge in Indian rhesus macaque was used to test the efficacy of antibodies.

They had examined “passive immunisation” as an alternative to an HIV vaccine, which experts fear may still be years off. A vaccine works by priming the body to respond with germ-fighting antibodies whenever a virus or bacteria invades. It is long-lasting, sometimes for life.

“Passive immunisation” involves the transfer of antibodies generated by one person directly to another to provide protection, which is shorter in duration.

In the study, researchers used four powerful antibodies that are known for neutralizing several strains of HIV circulating around the world. The antibodies were produced by certain HIV-infected people and purified in a lab before being used in the study. The researchers injected four groups of macaques with a different antibody. A week after the monkeys were given the antibodies, they were exposed to weekly low doses of a monkey version of the HIV virus. (The human version only infects people.) The antibodies were found to protect the macaques from becoming infected for 12 to 14 weeks on average. Some animals were even protected for as long as 23 weeks. For monkeys without the antibody, it took an average of three weeks to become infected with HIV.

How is it different?

While the antibodies have already been used to delay HIV infection in macaques, in most of those studies, the monkeys were infected with HIV with a single high-dose shot of the virus. Whereas, in this study, the monkeys were instead exposed to the virus in low doses week by week, not all at once. That mimics the way that people get exposed to HIV in real life. In fact, people usually don’t get infected with HIV the first time they’re exposed to the virus.

While the preventive HIV medications already exist, but they still can’t give the completely desired results. Pills like PrEP, for example, reduce the risk of getting infected from sex by more than 90 percent. The problem is that these need to be taken daily, and people often forget or they run out of pills or they take the medication only when they have sex. And that reduces the drug’s effectiveness. This is why scientists are looking for other medications that can prevent HIV infections.

Creating a vaccine would be ideal, but that’s proven difficult. Antibodies could be an alternative to an HIV vaccine. A clinical trial of the antibody VRC01, the first one of its kind has just begun in Brazil, Peru, and the United States. The study will enroll 2,700 people who are at high-risk of infection and it will test how effectively the antibody protects them from getting infected. Later, the study will launch in several African nations, including South Africa, Kenya, Botswana, and Tanzania. If the results, which are expected by 2022, are good, antibodies could be developed into an effective preventive treatment, which would be profoundly important in the fight against HIV.

Innovation to remain the key to pipette tips market growth

Rahul Koul - June 27, 2022
251
Click to watch the full interview Abhishek Mohan, Founder and Chief Executive Officer, HempStreet has been in the startup space for over 15 years now....