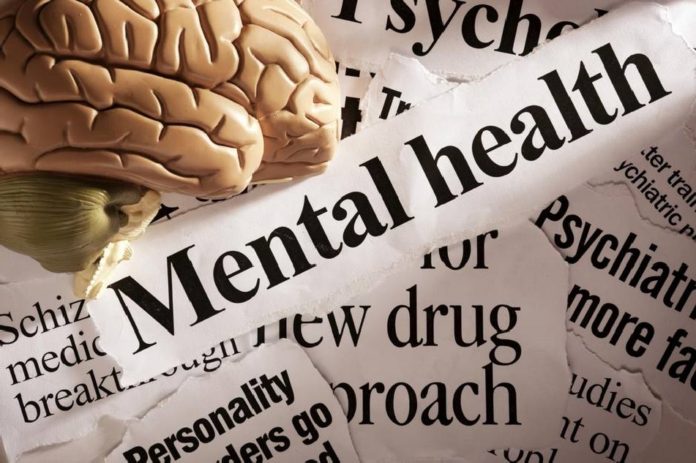 New Delhi/London: Three new papers, published today on May 19th in The Lancet and The Lancet Psychiatry, mark the launch of the China-India Mental Health Alliance, a long-term project bringing together experts from China and India to look at the current status of mental health and mental health services in both countries.

The authors shed light on the vast mental health treatment gap in China and India, and say that community engagement, increased support for community health workers and collaboration with traditional and alternative medicine practitioners are key to providing more accessible, affordable, and acceptable mental health care in India and China.

A third of the global burden of disease for mental, neurological and substance use disorders occurs in India and China – more than in all high-income countries combined – yet most people with mental disorders in these countries do not receive needed treatment.

With a combined population of over 2.5 billion, China and India make up 38% of the world population. The aim of the Alliance is to identify evidence-based solutions to their shared problems. These three papers are the first of several publications to be released over the coming year.

Burden of mental illness in China and India (paper 1)

New analysis by the Alliance of Global Burden of Disease data reveals that:

Both countries have very few trained mental health professionals, poor access to mental health services (especially in rural areas), low investment, and high levels of stigma which may prevent people from accessing services. Less than 1% of the national healthcare budget in either country is allocated to mental health care.

At the same time, both countries have large numbers of traditional, complementary and alternative practitioners – such as yoga practitioners in India and Traditional Chinese Medicine practitioners in China – who often provide services to persons with mental health problems. People use alternative medicine for a number of reasons including faith, culture, cost and a belief they are safer, and the authors add that more research is needed to fully understand the effectiveness and potential risks of these therapies.

Since the medical system cannot address the mental health treatment gap alone, the authors suggest that traditional medicine practitioners could be trained to recognise and refer patients who pose a risk to themselves and others, or to advise patients against stopping their medication. Mental health experts could, in turn, promote the values of traditional healers – for instance by advising on the effectiveness of different forms of therapy that recognise cultural ideas about distress, and facilitate social support through things like diet or exercise.

Professor Vikram Patel, from Public Health Foundation of India, India and the London School of Hygiene & Tropical Medicine, London, UK says:  “While India has progressive policies regarding mental health care, the actual implementation of comprehensive community oriented services is patchy and the treatment gaps, especially in rural areas, are very large. Innovators have shown how these gaps might be reduced, for example through task-sharing with front-line workers and engagement of the community.  These are the models of care which deserve public financing for scaling up. Additionally, we must explore how alternative medicine practitioners can work in collaboration with medical doctors to improve the lives of people living with mental health problems.”

Professor Michael Phillips, Shanghai Jiao Tong University, China, and Emory University, Atlanta, USA says: “The passage of China’s first national mental health law in 2012 was the culmination of 30 years of effort to bring the huge public health problem of mental illnesses out of the shadows. As is true for many national mental health laws, the current challenge is mobilizing the resources and sustained political will needed to fully implement the many progressive objectives outlined in the law. There has been a concerted national effort to identify and provide free treatment to the large numbers of individuals with psychotic illnesses who remain unidentified and untreated, but lack of mental health manpower in rural areas is limiting the effectiveness of this effort. Other mental health conditions remain untreated or under-treated: very few Chinese with common mental illnesses such as depression and anxiety ever seek treatment; the health system has not yet taken the problem of alcohol abuse –primarily a male problem in China – seriously; and the country as a whole is ill-prepared for the coming epidemic of dementia as the population ages rapidly. Addressing these complex problems will require increased governmental support for multi-disciplinary longitudinal initiatives that assess the effectiveness and feasibility of novel community-based approaches to providing both services and social support for persons affected by mental health conditions.”