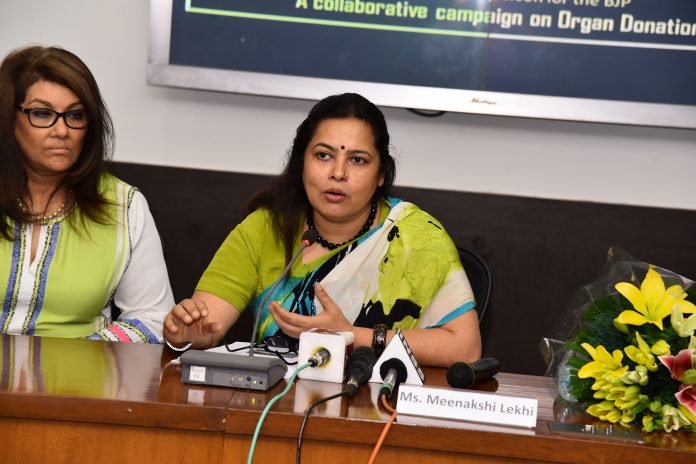 New Delhi: Organ Receiving & Giving Awareness Network (ORGAN) India was created in 2013, as an initiative of the Parashar Foundation, a Delhi based NGO. For the Parashar Foundation, spreading awareness towards organ donation is a goal that stems from a personal struggle of one of its Chairperson Kirti Parashar, who herself is a recipient of a heart transplant.

ORGAN India’s Mission is to increase the number of donor pledges in India and to educate those suffering from organ failure about their various options, and help them in their ordeal by offering information, advice, counseling, and offering monetary help if possible.

As per Anika Parashar, Trustee, Parashar Foundation, “I personally know how terrible a time it is for a person facing organ failure. Just figuring out what to do is a task in itself and takes a toll on the entire family. I am so grateful to the donor for the new life that my mother received through a heart transplant. Through ORGAN India we as a family want to not only spread awareness on organ donation, but help others get through the ordeal through our helplines and our Transplant Guide. It’s our way of giving back to the world that has been so kind to us”

Ms Mamta Jain mentioned, “In a small span of 13 years my son Aman did more good to this world and humanity by donating his organs than many of us do all our lives. I’m happy to be a part of and lend my support to this wonderful initiative by ORGAN India to raise awareness on organ donation”

Ms Aarti Singh, an art curator and a social activist, has taken the initiative to bring together ORGAN India and Ms Meenakshi Lekhi, Member of Parliament for a collaborative effort for a campaign on Organ Donation which will help many people.

Inspired as a young child by a chapter about Dr Christiaan Barnard, a cardiac surgeon who performed the world’s first human heart transplant operation in 1967, Meenakshi Lekhi found herself drawn to the concept of a life being saved by the selfless act of organ donation. While personally championing various efforts encouraging others to donate their organs once they die, and in some cases while they lived, Meenakshi still found the need to further reach out and educate the masses on Organ donation.

Mrs Meenakshi Lekhi explained it further, “His story was an inspiration to me and this marked the beginning of my inquisitiveness and concern about organ donation. Today, India has made a lot of progress in the field of organ donation. However, a person’s organs go to waste after his or her death whereas they could have been donated and re-harvested into the body of someone in need to give the recipient a new lease of life. Numerous efforts have been made in the field of science to create artificial organs that can be transplanted. These efforts, however, have not been significantly successful. Until human beings can create fully functional artificial organs that can be transplanted into the bodies of those in need, organ donation is immensely important. The dead continue to live beyond their death when their organs are used to help another person to live.”

On a philosiphical note, Mrs Lekhi added further, “I grew up with a philosophy that taught me that the essence of a person is his or her soul and that the body is only a vehicle for the soul. When a person dies, the soul leaves his or her body, and the body disintegrates into the five elements. However, if parts of the body are donated to a living person in need of those organs, then these organs serve to increase the lifespan of the recipient. This is why organ donation is a very noble cause.”

“Culturally, our understanding of life has been that after death, it is only the body that dies. The soul is immortal and does not perish.

Translation: The soul can never be cut into pieces by any weapon, nor can he be burned by fire, nor moistened by water, nor withered by the wind.

In Hindu mythology, Maharishi Dadhichi gave up his spine to make the ‘Vajrastra’, which was used to defeat the Asura Vritra. This sacrifice for a noble cause makes him a central character in Hindu mythology and his story is the best example to prove the nobleness of the act of organ donation.”

Must step up the role of forensic DNA technology to fight crime in India: Experts

Rahul Koul - May 14, 2020
174
In an exclusive interaction with the BioVoice, Dr Rishi Bhatnagar, President, Aeris Communications, and Chairperson of The Institution of Engineering and Technology - IoT panel talked about various aspects of dealing with pandemic including the role of technology and communication.....................