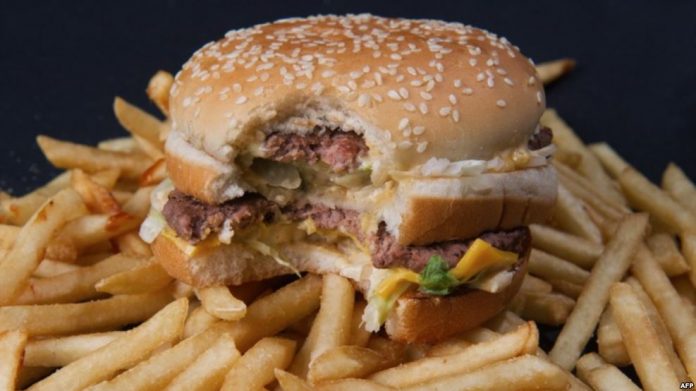 New Delhi: One in every ten children between the age of 5-16 yrs are overweight and are more prone to diabetic, reasons for rise in childhood diabetes are high calorie diet, junk food, inactivity, less outdoor games and more of indoor games, according to a recent study conducted by ASSOCHAM Health committee council on the occasion of ‘World Diabetic day’ on November 14.

Children’s Day coinciding with Diabetes Day has revealed that one in every ten children less than 16 are more prone to diabetes in urban India, reveals the ASSOCHAM study. As per the findings, about 72 per cent urban children don’t exercise regularly. Obesity is also a common factor and it has grown over 65 per cent among the children.

The study was conducted in private and public school in Delhi, Mumbai, Ahmedabad, Bengaluru, Chennai, Kolkata among 10,000 children. Many children develop lifestyle diseases, due to this drastic change in lifestyle and eating habits is the need of hour to tackle the alarming situation, reveals the ASSOCHAM paper.

The recent trend is worrying; children are at a risk of diabetes-related complications such as heart disease, stroke, kidney failure, eye problems, nerve damage, etc. According to a recent study conducted by the ASSOCHAM Healthcare Committee council found that about 69% of Delhi’s children are more prone to diabetic, followed by Mumbai, Ahmedabad, Bengaluru, Chennai, said Mr. D S Rawat, Secretary General ASSOCHAM.

It reveals that about 69% of Delhi kids are prone to this disease, which in the case of Mumbai is estimated at 56% of its total population. In Ahmedabad 49% people are diabetic, in Bangalore 39% while in Chennai the percentage is estimated to be 28%. In Hyderabad and Kolkata, the number of diabetic patients is estimated at 28% and 23% of the total population respectively. Even in rural areas, people are increasingly becoming victims of Diabetes.

Ahead of World Diabetic Day (November 14), the study said there is a fourfold rise in the number of diabetics about 422 million in 2014 and half of them live in India, China, USA, Brazil and Indonesia. Developing countries become more vulnerable because of lack of knowledge especially in rural areas, adds the report.

Releasing the study, Dr. B K Rao, Chairman of ASSOCHAM Health Committee council said, Diabetes in children is generally attributed to bad eating habits, with nutritious meals being replaced with fast foods, coupled with physical inactivity. Stress is also another factor that leads to increase in diabetes cases.

Dr Rao further said, Urban kids are suffering from Type-I diabetes range in the age group of 6 months to 18 years and some are even getting four insulin shots a day. Kids suffering from diabetics are getting it genetically.

The study suggests that timely screening and early identification of the disease can help the victim take immediate steps and improve the quality of life. To enable this, ASSOCHAM and its members, under CSR activities are organizing a series of free medical camps in Delhi with PSRI hospital, where comprehensive check-up, counselling, diet plan and information on diabetes management is being made available to participants.

As per the findings, Delhiites consume high amount of oil/ghee/butter in various cooked products. This has evidently increased the number of obesity and hypertension cases, giving a rise to number of diabetics.

ASSOCHAM Health committee warns that uncontrolled diabetes can affect various parts of the body which include blood vessels, heart, kidney, eye and nerves, and therefore advises adequate preventive measures need to be adopted to further control the spread of diabetics among Indian populace.

There are an estimated 80 million people in India who are suffering from pre-diabetes. The pre-diabetes is a condition in which the patients have high blood glucose level but are not in the diabetes range. These people are at high risk of getting diabetes.

Rahul Koul - June 27, 2022
321
Click to watch the full interview Abhishek Mohan, Founder and Chief Executive Officer, HempStreet has been in the startup space for over 15 years now....