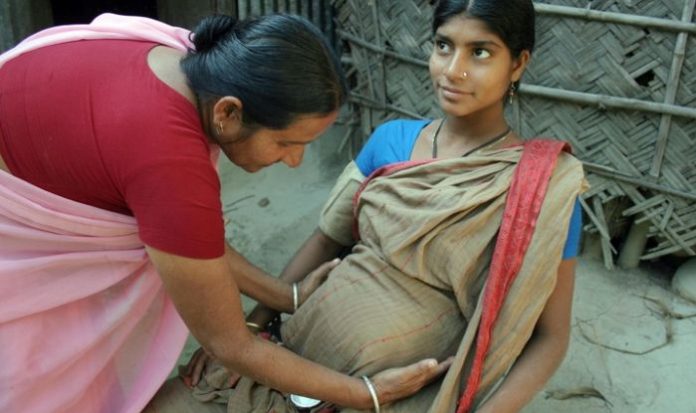 New Delhi: Government of India has expressed its commitment to ensure that every woman attains optimal nutritional status, especially from the most vulnerable communities as nutrition constitutes the foundation for human development. This is all the more important during the period of pregnancy and lactation coupled with wage loss.  A woman’s nutritional status has important implications for her health as well as the health and development of her children.

An under-nourished mother almost inevitably gives birth to a low birth weight baby. When poor nutrition starts in-utero, it extends throughout the life cycle, particularly in women.  Owing to economic and social distress many women continue to work to earn a living for their family right upto the last days of their pregnancy.  Furthermore, they resume working soon after childbirth, even through their bodies might not permit it, thus preventing their bodies from fully recovering on one hand, and also impending their ability to exclusively breastfeed their young infant in the first six months.

To address the above issues, Ministry of Women and Child Development, in accordance with the provisions of Section 4(b) of National Food Security Act, formulated a scheme for pregnant and lactating mothers called Maternity Benefit Programme – a conditional cash transfer scheme.  The Scheme provides cash incentives to pregnant and lactating women (i) for the wage loss so that the woman can take adequate rest before and after delivery; (ii) to improve her health and nutrition during the period of pregnancy and lactation; and (iii) to breastfeed  the child during the first six months of the birth, which is very vital for the development of the child.

Under the scheme, all Pregnant Women and Lactating Mothers (PW&LM), excluding the Pregnant Women and Lactating Mothers who are in regular employment with the Central Government or State Governments or Public Sector Undertakings or those who are in receipt of similar benefits under any law for the time being are eligible. The cash incentive of Rs 6,000/- is payable in three instalments for the first two live births at the following stages:

The cash transfer would be Aadhaar linked through the individual bank/post office account etc. in DBT mode.

Earlier the Prime Minister of India, Mr Narendra Modi, in his address to the nation on December 12, 2016 has announced pan-India expansion of MBP in all the districts with effect from January 01, 2017.  It is expected that annually about 51.70 lakh beneficiaries would avail of the benefit.

Expansion of MBP will have huge impact on the PW&LM as it will not only provide them compensation for the wage loss but will also provide them adequate nutrition and rest before and after delivery.  Mothers will have sufficient time to breastfeed the child during first six months of the birth.  Resultantly, it is expected that it will reduce mother mortality rate, IMR, under-nutrition and its adverse effects.