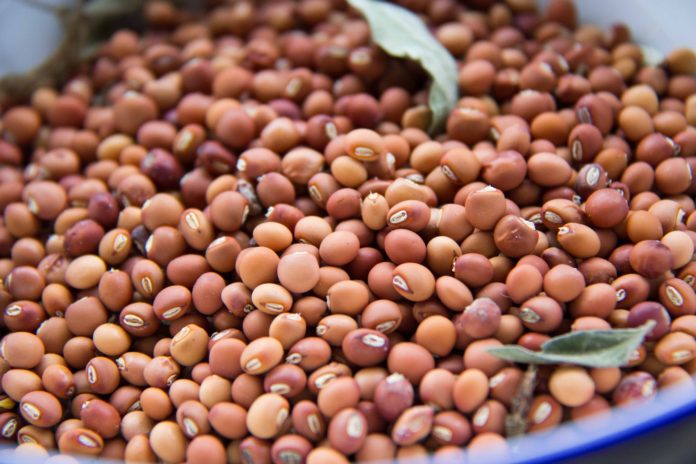 Hyderabad: Government has called on all value chain actors including farmers, seed companies, private sector and research organizations to find a joint solution to resolve all hurdles and issues that are preventing Indian farmers from meeting their demand for hybrid pigeonpea seeds and other pulses.

At the request of the Government of India, the International Crops Research Institute for the Semi-Arid Tropics (ICRISAT) recently hosted a high-level planning meeting at its headquarters in Hyderabad, which was chaired by Mr Shobhana K Pattanayak, Secretary, Agriculture, Department of Agriculture Cooperation and Farmers Welfare.

Over forty participants including farmer representatives, government officials from five State Departments (Andhra Pradesh, Telangana, Maharashtra, Karnataka and Odisha), state agricultural universities and eight seed companies involved in the production of hybrid seeds came together and started a new initiative to explore ways of making India self-sufficient in the production of pulses, in particular hybrid pigeonpea.

At a time when India is keen to be pulse self-sufficient and is committed to overcome the under supply and export costs, popularization and increasing the uptake of hybrid pigeonpea across India was recognized  as one of the key solutions during the deliberations.

“We want to hear from all the sectors on what is stopping the popularization of hybrid pigeonpea and what can be done about it. We need to popularize the pigeonpea hybrids in major pigeonpea producing states of India, and this action plan has to address the issue of seed production and availability of hybrid seeds to the farmers. The solution needs to have all the parties playing a part,” said, Mr Pattanayak.

“In order to meet its ever-growing demand for pulses, India needs to achieve self-sufficiency in pulses. We need to make pulses production more profitable by reducing production costs through mechanization, using hybrids and minimizing the post-harvest losses.” said Dr David Bergvinson, ICRISAT Director General during his address to participants via video conference from USA.

Reiterating ICRISAT’s extensive research in pulses, Dr Bergvinson said that hybrid pigeonpea is the world’s only hybrid amongst the legumes, which was developed by ICRISAT along with its partners in research over the last 30 years. But despite being hailed as a great scientific breakthrough and huge success, uptake is nowhere near what it could be.

Looking at the success of some farmers who have cultivated hybrid pigeonpea and market demand, ICRISAT has seen a huge surge in enquiries for hybrid pigeonpea, and scientists have received over 700 phone calls from Indian farmers in the last three weeks asking for seeds.

Mr Manik Kadam a farmer from Donoda village of Maharashtra, who took part in the deliberations, was proud to say that he has successfully growing ICRISAT’s pigeonpea hybrids for the last 5 years.

With regular monitoring and guidance from ICRISAT scientists, Mr Kadam is now an expert in hybrid pigeonpea technology and has become a popular farmer in his region, attracting other farmers and agriculture officers to see his hybrid fields.

Mr Sanjay Lohiya, Joint Secretary, DoAC & FW stressed the need to harness the potential of hybrid pigeonpea to achieve pulse self-sufficiency and said that we need to discuss all aspects of hybrds including seed cost, target areas suitable for hybrid cultivation and workout the plan by leveraging ongoing schemes of the Government of India.

Dr Suhas P Wani, Director, Regional Program for Asia at ICRISAT presented the challenges and opportunities for harnessing the potential of hybrid pigeonpea in different Indian states and proposed a detailed road map for covering the large areas during the year 2016 and as well as plans to produce hybrid seeds and also the parental lines needed for scaling-up the pigeonpea hybrid cultivation.

ICRISAT and state officials chalked out the detailed strategy for the rainy season of 2016 for popularizing hybrid pigeonpea cultivars in different states as well as the plans for seed production to cover larger areas during 2017-18. The detailed work plan till 2018 aims to cover an area of over three million hectares under pigeonpea cultivation.

Rahul Koul - September 5, 2019
557
Mentioned Dr Alok Roy, Chairman, Medica Group of Hospitals in an exclusive interaction with the BioVoice where he shared his views on the issues surrounding healthcare sector in India.................