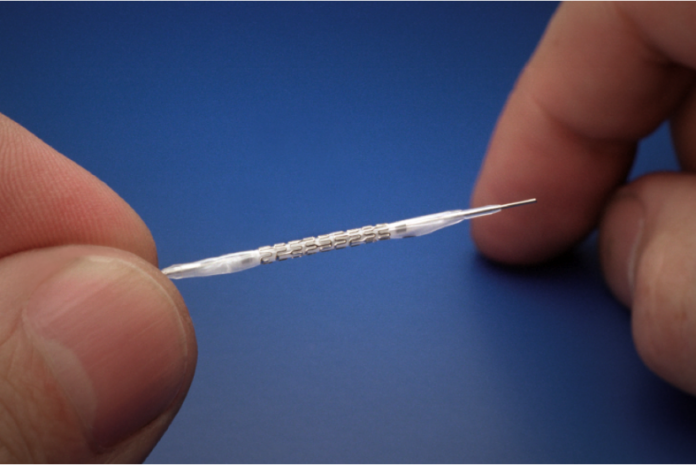 New Delhi: The nascent medical devices industry in India is going through a huge churning. While the government is still in the process of stabilizing regulations in the sector, various industry associations representing differing interests are trying to drive home their respective agendas. In this article, let us try to understand the most focused issue about medical stents regulations in India.

To begin with, the union health ministry in the recent past, has issued a notification announcing that coronary stents would be added to the 2015 National List of Essential Medicines (NLEM) as per the recommendations of a Subcommittee established late last year. The Department of Pharmaceuticals (DoP) had informed the ministry that the National Pharmaceutical Pricing Authority (NPPA) under it has, during a study conducted on pricing of stents in the country, observed that bulk of medical devices including stents consumed in the country are imported and the difference between the landed cost and the Maximum Retail Price (MRP) thereof is very high.

“These medical devices fall under non-scheduled category of Drugs Price Control Order (DPCO), 2013 and as such, no ceiling price has been fixed for these devices,” the health minister, J P Nadda had informed the Parliament on March 10, 2016. He had also clarified that the DPCO, 2013 provides for monitoring the prices of these devices and also ensures that no manufacturer, importer or distributor is allowed to increase the MRP by more than ten percent of MRP during preceding twelve months.

The decision has received support from the indigenous medical technology manufacturers and consumer activists who feel that the long awaited move of government to step in to control the high prices of cardiac Stents shall bring relief for many poor patients for whom the cost of affording a drug eluting Stent had become prohibitive. “A correction and price regulation in this market was long overdue and AIMED supports governments move to finally put a cap on the MRP’s which shall ensure fair practices in this important sector which was plagued with exorbitant prices charged from ignorant helpless patients” said Mr Rajiv Nath, Forum Coordinator, AIMED – Association of Indian Medical Devices Industry, (the apex body representing domestic medical devices manufacturers).

As per various reports, the current Indian market is around 5.50 lakh Stents per annum out of which more than 90 percent are Drug Eluting Stents (DES). The Stent market is growing at a speed of around 15 percent every year and is expected to become the second largest market in the World after China by 2020. Currently, Cardiac and Drug Eluting Stents are notified as ‘Drugs’ under the Drugs and Cosmetics Act, 1940.

“We applaud the efforts of the health ministry to take this bold step to cap Prices of Stents which will serve a larger patient interest. DES are lifesaving and patient have little knowledge to select the Stents. Moreover, the time given by the Physicians to the patients is very less since most of the time Cardiologists insist the relatives to take the decision regarding the choice of Stent while the patient is on table inside the Cath lab. We strongly believe that this move shall break the Industry-Doctor nexus and will force hospitals to be transparent with the prices of Stents. Also such surgeries and use of devices should also be used rationally and with proper due diligence on the treatment method,” mentioned Mr Bejon Misra, Founder – Patient Safety and Access Initiative of India Foundation.

“The Indian companies like Translumina and Meril have huge capacities and have already achieved close to 20 percent market share within 5 years of their launch. Their DES have been proven non-inferior to their American counterparts in large clinical studies performed in Europe. I have been using the Indian Stents from the last 8 years and have satisfactory results in my patients. I appeal to the Government to further support the “Make in India” idea of these high end devices which shall bring long term self-reliance in this important sector which is currently dominated by imports,” said Dr Animesh Mishra, HOD, Department of Cardiology, NEGRIMS Shillong and a member of NLEM (National List of essential medicine) core Committee on Stents which recommended this move.

Meanwhile the price cap on stents has made the associations representing the multinational companies fear that the low prices will curb innovation and shall deny Indian patients access to quality products from abroad.

In a statement issue to media on July 20th, the AdvaMed (Advanced Medical Technology Association) has opposed the government’s move by arguing that the stents and medical technology generally do not meet the criteria for inclusion in the NLEM. According to The World Health Organization, the methodology used for medicines cannot be replicated with medical devices when it comes to “essentiality”. “Moreover, coronary stents are a category and not products, just like antibiotics or vaccines are also a category of medicines, which have different drug molecules within them, which can be essential,” said the statement.

“The quality of products and clinical outcomes do not seem to have been given a priority. Singular focus on capping prices of stents by way of their inclusion in NLEM will not help improve access to medical devices for patients, as it will not impact the overall procedure cost and limit the introduction of innovative products,” mentioned the statement further.

Ms Abby Pratt, Vice President, Global Strategy and Analysis at AdvaMed quotes the findings from the recent IMS Health Study. “It clearly demonstrates that reduction of stent prices has not benefited patients so far,” she said, explaining that the singular focus on capping prices of stents will not help improve access to these medical devices. “What’s required is a comprehensive multi-stakeholder approach, that involves contributions from other stakeholders in the access,” she said.

Stent prices not connected with affordability?

A new study undertaken by the IMS Health has revealed that the price of stents in India is not the highest contributor to the overall angioplasty cost. According to IMS Health, stent prices contribute only 20 – 25% to the overall angioplasty procedure costs. The study also found that prices of stents declined by 6-10% per year over the last four years (2011-15) across private healthcare establishments, whereas procedure costs increased by 2-7%.

As per experts who vouch for imported medical stents, the study is an eye opener for the medical devices industry. The findings clearly reveal that there has been significant reduction in stent prices but it does not make much difference on overall procedure cost. Improving access to these coronary stents would require a comprehensive approach, and not just capping of prices. All stakeholders should look at the study findings as a gateway to understand the real issues that impact access to quality healthcare and improves health outcomes in India.

Is there a middle ground?

Many feel that the real barrier to access is not the cost of medical devices but infrastructure and manpower constraints. They say that a patient will not be able to access stent therapy in spite of lower prices, in the absence of an adequate number of trained physicians and paramedical staff to effectively use these devices. This has been supported by the IMS Health study which concluded that while the majority of the population resides in rural and tier-2/3/4 towns, infrastructure to provide healthcare services including hospitals, hospital beds per patient, pathology labs and trained doctors is limited.

“There’s a huge price disparity in stents and in absence of an industry wide consensus of a self-regulatory mechanism and we can understand the need for government to step in to protect consumers from this huge price disparity and for using the provision of NLEM via the NPPA route as a short term measure to address this burning issue being raised at the Parliament and in the media repeatedly,” opined Dr G S K Velu, Chairman and MD of Trivitron. He calls it a good move given the circumstances though he believes that there needs to be different price control mechanism other than DPCO for all medical devices.

Mr Rajiv Nath says that the domestic and foreign manufacturers are not the villains in this context as it is the hospitals which dictate and drive the printed MRP of medical devices in their quests to cover their costs. “All stakeholders need to have balanced expectations from each other. Bringing Stents under NLEM will stop this artificial inflation by hospitals,” he mentioned.

The arguments put forth by government on price cap are based on the recommendations of Subcommittee appointed by the judiciary. It wouldn’t be wise to simply dismiss it as an over-reaction based on indigenous concerns. However, it is equally important to recognize the genuine concerns of multinationals on the innovation and accessibility of quality stents to patients. The ‘Make in India’ here doesn’t necessarily mean that only the Indian manufacturers will do the best innovation and hold the key to market. In the true sense, it would mean allowing Indian manufacturers access to best incentives and support who can then compete with those from abroad to produce the best global product on Indian soil. And as Bejon Mishra points out, let the consumers have the final word on their choice.