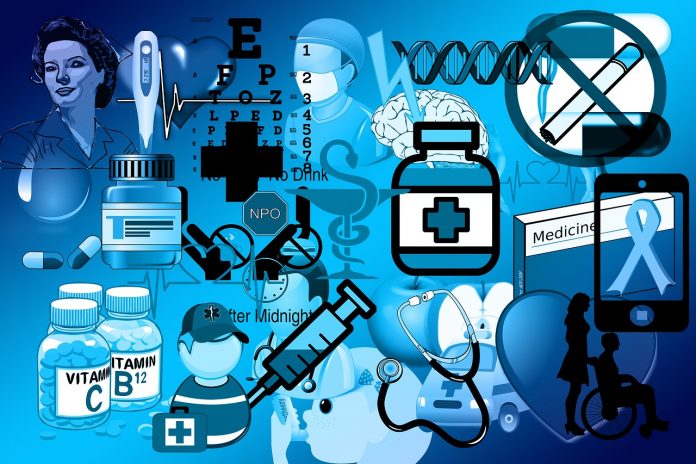 New Delhi: The reconstituted National Medical Device Promotion Council (NMDPC) under the Department of Pharmaceuticals, in its first meeting in New Delhi, was updated on the steps taken up by Central Drugs Standards and Control Organisation (CDSCO) and the State Licensing Authorities (SLAs) for the smooth transition to licensing of Class A and B Medical Devices with effect from October 01, 2022.

The Council under the chair of the Secretary, Department of Pharmaceuticals has members from stakeholder departments and key organizations, functions of which have a bearing on the growth of the sector and has representation from several medical device industry associations, representing the sector in India. The NMDPC deliberated on the Important issues of the MedTech Industry.

At the outset, the Department of Pharmaceuticals presented the latest status of the various initiatives taken by the Department for the sector to the Council such as 100% FDI in MedTech Sector on automatic route, PLI scheme for Medical Devices, Medical Devices Parks in four States, Assistance for common infrastructure facility of Superconducting magnetic coil testing facility, etc. The Department is also engaging the medical devices industries for arriving at consensus on the industry issues by forming Standing Forums and by organizing Regulatory RoundTable.

Department of Health and Family Welfare updated the preparedness for transition to licensing of Class-A and Class-B medical devices, with effect from October 01, 2022 under Medical Devices Rules 2017. The council appreciated the various efforts done by the CDSCO / DoHFW in rolling out the licensing process of Class A and B medical devices.

Another important issue deliberated in today’s meeting was to reduce the regulatory burden of labelling requirements of Medical Devices. The Council, after deliberating the issues with the Industry Associations, DoHFW and DoCA officials, suggested to the Health Regulator to move forward to harmonize the provisions of labelling of Medical Devices under the Legal Metrology (Packaged Commodity) Rules, 2011 into Medical Device Rules, 2017, for the licensed medical devices. 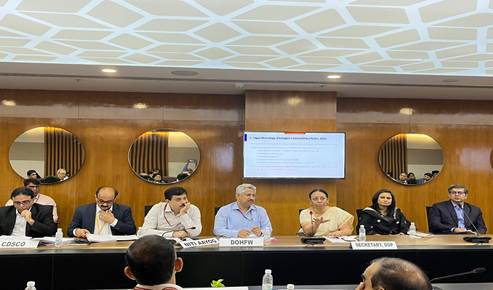 The Council also heard the views of the Industry as well as AERB and NABL on the requirement of NABL accreditation of In-House labs of the manufacturers of specific Medical Devices on the radiation safety requirements at the manufacturing sites. The industry suggested various issues to be taken up in the ensuing Council meeting.

The Industry Associations representatives were encouraged to actively engage with states, which were sanctioned Medical Devices Parks by the Department for creating common infrastructure facilities and come forward to invest in the proposed parks to boost domestic manufacturing.

The industry’s support was also solicited for the proposed National MedTech Expo, 2022, being organized by the Department in December 2022 at Pragati Maidan, to showcase the strengths and capabilities of Indian Medical Devices Industry, involving start-ups, innovators, domestic manufacturers, hospitals etc.

While concluding, the Secretary affirmed that the NMDPC, going forward, is expected to become a vibrant forum for all issues relating to the medical devices sector, which is a sunrise sector with huge potential for social obligations and the economic aspirations of India.