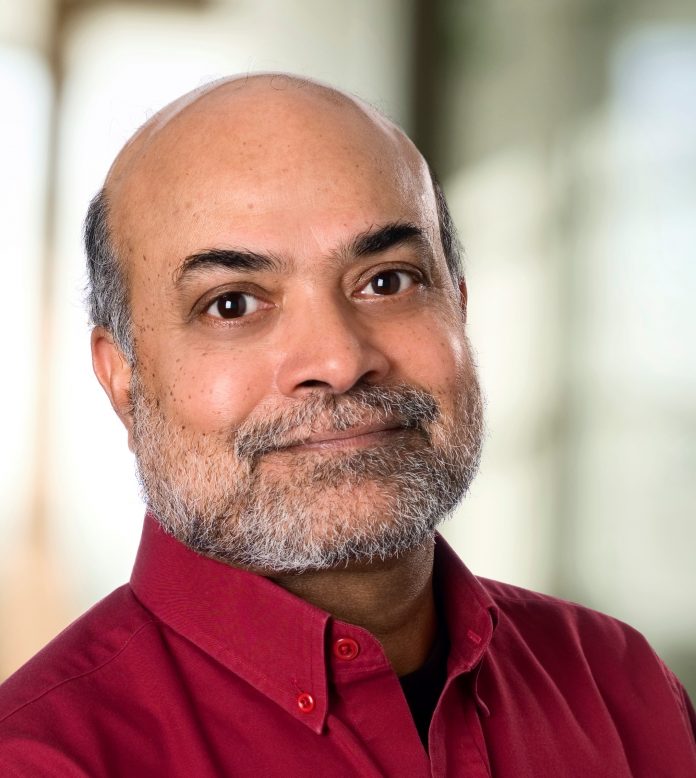 During his recent visit to India, Dr Prabhu L Pingali, Professor of Applied Economics and Director, Tata-Cornell Institute (TCI) initiated a series of dialogue forums on role of agriculture in addressing malnutrition. In an exclusive interaction with the BioVoice, he gave interesting insights on the TARINA, the India-centric programme from TCI besides the host of other issues pertaining to the agricultural economics in India. Below are the excerpts from this free-wheeling conversation

Kindly update us on the research on India centric agriculture-nutrition at Tata Cornell Institute? What is the primary objective behind organizing this event at Delhi in India?

The Tata Cornell Institute based at Ithaca (New York) is an institute very focused on looking at problem of rural poverty and trying to understand the role of agriculture in addressing malnutrition. The TCI-Technical Assistance and Research for Indian Nutrition and Agriculture (TARINA) is a new initiative focused on India. Right now we have 12 PhD students who are focused research on Indian agriculture and nutrition issues. They come to India for one year to stay in India and travel to Orissa, Uttar Pradesh, Maharashtra, Bihar and other states. This programme is a long term one and last year we received the grant from Gates Foundation. It is to essentially to scale this work up to create impact at research and policy level plan. This grant has both on ground work involving our partners to look in how do you bring the nutrition and mal-nutrition perspectives into the policy making and then to build capacity of NGOs, civil society.

As part of our efforts on increasing awareness on malnutrition under the same programme, we plan to organize the series of events at national level. The focus of first forum at New Delhi is that how to create more diverse food systems. When we think about food, we think about rice and wheat. Obviously, these are important but we need to broaden the basket and include the milk, eggs, fruits and other foods. Even today the food security means rice and wheat security. I want to open up the discussion dialogue on its definition. Food security means diversity of basket.

There has been varying perspectives on the nutrition indices. Even the Food Agriculture Organization (FAO) and Indian experts seem to be taking extreme positions. How do you look at these differences?

I have in past written few papers on some of the issues with FAO indices. The problem with FAO food hunger index is that its main focus is calories and not the balanced nutritious diet. So as a result, you are measuring whether somebody has taken enough calories but not really the nutrition or the malnutrition.

Many of us are arguing for broader indices including many factors. Many countries like India are good at measuring staple diets but not good at measuring diversity. For example, if someone asks you about the rice consumed last month, you might roughly guess it. But if you are asked about the tomatoes, it will be difficult. So this is the problem that we have with the surveys.

Many of us believe that the surveys are not taking overall food consumption into consideration. And not taking these into account creates a problem with the measurement of nutrition etc. So these are the issues FAO should consider. Overall I think they have come a long way of highlighting the hunger but we are arguing that they must include many other factors such as malnutrition.

There are many reports that suggest that agriculture in India is shrinking. But at the same time we continue to call ourselves agri-economy yet doing little to correct our basics?

If you look at any country’s overall economic history and the share of agriculture GDP, the latter always witnessed decrease with the overall growth of the economy over time. This is normal and expected. It has happened in US, Europe and Japan.  Infact in Japan, the agriculture GDP is now close to 1 percent. The share of employment from agri-based sector is close to 3-4 percent. It drops not because the agriculture is not an important subject in absolute terms but because in relative terms, the size of the economy begins to grow. What happens is that the when overall industry sector begins to grow, employment rate goes up.

It will eventually lead us to economies where situation would be that if you are working outside the agriculture or within it, the relative returns would be equal. So if one is a farm labourer or the worker in a non-agriculture set up, the wages would be same. The equalization of wages would thus mean that we have reached the overall balanced growth.

There are marginal farmers in India who don’t have any other livelihood apart from agriculture. They seem to be suffering in the modern times. Your comments.

It may be true in few cases but then over period of time the things have begun to change. For small farms, the migration, remittances, service sector employment etc. I think we are not accounting for all the source of incomes. If I travel to a remote village in Orissa and list out all sources of income, I can see that there are increasingly other sources of earning money by farmers apart from farming. The sole dependence on agriculture is changing and there are diverse sources that are increasing. So when overall you add up the sources, the story changes.

Government has launched many new schemes such as Krishi Bima Yojna and Soil Health Card in last few years. Do you think these will help farmers?

Maintaining agriculture productivity is one of the primary means for people to grow out of agriculture. So the moment agriculture income improves, they are able to invest in their children’s education, house and thus paves a way to move out of agriculture. If you are not investing in increasing agriculture income, then you are moving the problem from rural poverty to urban poverty. But if you are investing in it, there is huge chance that you are allowing rural people to shift to urban areas with better education and money.

Look at the people of my generation. We have all come from the agricultural background. The green revolution had tremendous effect on many parts of the country including Adhara Pradesh from where I come from. Back then, due to green revolution, new crops were adopted, the incomes increased resulting in people like us getting money and opportunity for education. In India, we had a period 1985-2000 when the investments were low. But now we see the more investments.

Inclusion of horticulture, pulses and other food crops in the overall focus in happening which is great. Oilseeds production has increased even in dry belts of Madhya Pradesh even moving to Gujarat which is good. Although pulses were left out but I am glad now lot of emphasis is being laid on them. Getting vegetables from small holder farmers to market is missing, cold storages and transportation is not at par with their objectives. This is where private players can chip in. The more you get the private and public investments, more changes you get to see on ground.

Why did the benefits of first green revolution not reach to the vast areas in earlier BIMARU states such as Bihar, Madhya Pradesh, Rajasthan and Uttar Pradesh?

In my opinion what happened was that once the green revolution was achieved successfully, we had this feeling that the entire problem is solved. The follow up on the crop management was missing, investments were off leading to worst agricultural performance in few states.

The second problem was that the local issues were not adequately addressed in other states as much as in states like Punjab, Haryana and Tamil Nadu. One didn’t say that what are the best crops for these fragile states. Less investments and the lack of R&D led to it. But now in last 10 years, I have seen that there has been attention given to it. The cultivation of the hybrid maize in Bihar, pulses in coastal areas of Orissa are an example. Some changes have happened but we still have a long way to go. Extension system and farmer awareness levels needs to be strengthened.

In India, there is only one approved GM crop which is Bt Cotton. It spread rapidly and now holds an estimated 11 million hectares of land in the country. The prospects of having the edible GM crops seems limited today. The only crop that was in pipeline was Bt Brinjal which too has not been given any green signal. Now perhaps we are waiting for the results in Bangladesh where it has been already released.

I think we are putting lot much emphasis on GM. But we are missing the point that the real understanding of genomics and specific genes in a particular trait will help us more than anything. For example, if we identify a gene which we are able to say is salt tolerant, we can put it to use through various techniques. To use new kind of genomic knowledge and bring that into breeding programmes is far more important.

Even many experts say that students are shying away from transgenic research due to controversies?

Well don’t think it is really entirely true in case of India. Yet internationally, it surely is a case. It is unfortunate.

As long as we only harp on GM, we lose the bigger picture. We not only get this tag and lose investments due to controversies but it also restricts the entire biotech sector. I believe there is a huge scope for agriculture biotechnology beyond GM also.

How do you look at the future of agriculture in India? What is your advice to the policymakers when they plan schemes for next decade?

We have to think future is positive but need to keep in mind that majority of our population in future would be urbanized. The demand for safer and quality food would only increase. To provide that attention and investments would be the key to agriculture progress.

As far as planning for future is concerned, I suggest that we have to increase investments into infrastructure for agriculture including better transportations and roads, cold storages, market chains, growing variety of crops. There is also a need to look at research systems and extension systems. Much more resources, better investments, technical skills are required. I personally believe that we are on a better path than earlier. Sustained efforts would help.