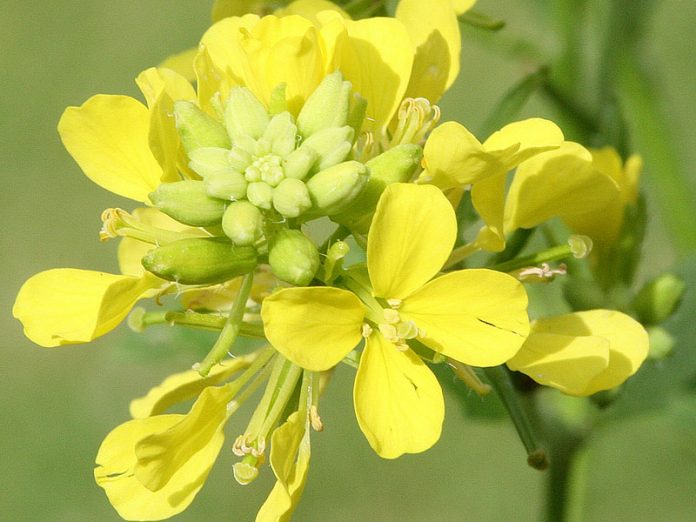 New Delhi: Some groups fundamentally opposed to genetic modification technologies, breaking their ideological differences (both left and right wings), seemed to have found a common ground to oppose this indigenous scientific endeavor, relying heavily on an imported anti-GM scientist such as Gilles-Eric Seralini, a controversial French scientist, to misguide the general public in India,” mentioned the statement issued by South Asia Biotechnology Centre.

“It is grossly unethical for Dr Seralini to have accepted the invitation from Swadeshi Jagran Manch to visit India and criticize the internal domestic matter related to indigenous scientific endeavor. It is ironic that SJM is relying on a controversial videshi scientist known for his anti-biotech crusade to derail a “Make-in-India” product developed by Delhi University. SJM is utterly confused with their core mission and agricultural agenda” alluded Dr C D Mayee, the President of the SABC.

Echoing above sentiments, Prof Marc Van Montagu, a world renowned Belgian scientist credited with the discovery of recombinant DNA technology and the recipient of the World Food Prize in 2013 stated “it is a disgrace for science and humanity and a deep shame that Dr. Seralini still makes such statements after his publications on tumors in rats was retracted. The GM technology is safe and used in Canola (Canadian mustard) in Canada since more than 20 years. The barnase-barstar genes method for making hybrid varieties, will be a benediction to the most vegetable, edible oil and fruit farmers. It is the major hope for technical progress with “orphan crops” in the poor world and agriculture in arid regions”.

Later, the Government of India on the recommendation of the Group of Secretaries constituted a committee of an independent health experts led by the Indian Council of Medical Sciences (ICMR) to thoroughly evaluate the Seralini & Gallagher claims on “toxicity” and “safety” of Bt brinjal event EE-1, which recently submitted its report to the Government of India on 28 Feb 2016, concluded that “Bt brinjal is as safe as its counterpart non-Bt brinjal”. ICMR’s expert committee extensively reviewed raw data, reports and testimony on Bt brinjal over last two years and concluded that “the study conducted on Bt brinjal by the developer is in accordance with the established protocols of ICMR-DBT food safety guidelines 2008 and are in no way different from the guidelines and protocols prescribed in CODEX Alimentarus (an FAO-WHO body). The outcome of the study that Bt brinjal is safe for human and animal health, is not disputable”.

SABC gives a detailed agrument in support of its stand. It says that n the case of GM mustard, SJM and anti-GM activists have sharpened their attack alleging GM mustard as a herbicide tolerant crop. Notably, GM mustard developed by DU is purely a technology that creates heterosis (hybrid vigour) in mustard resulting in fully fertile hybrid mustard seeds. Herbicide tolerant bar gene is used only for seed production purpose. Commercial GM mustard seeds to be planted by farmers are not herbicide tolerant and can’t resist blanket herbicide sprays. However, it is important to highlight that the herbicide tolerant technology is indispensable to tackle some of spiraling problems induced by biotic stresses primarily due to parasitic weed, Orobanche. Weeds are a big menace in mustard and other field crops. Many Indian SAUs (State Agricultural Universities) have recommended spray of glyphosate on conventional mustard to control Orobanche, and glyphosate and glufosinate to control other weeds in field crops in their package of practices (POPs).

In contrast to SJM’s attack on indigenous GM mustard, Mr Ashok Chowgule, a known industrialist from Goa, stated that “the Indian Scientists are fully capable of delivering cutting edge technologies whether it is space research, agricultural research, information technology and medical field etc. Indigenous technologies from our scientists have delivered results in each of these fields and more. They deserve our trust and there is a need to provide them with a facilitating environment. GM crops are the result of precision breeding, which is an extension of various scientific methods deployed, like the Green Revolution, by our agricultural scientists for ensuring food security. Our farmers need access to such modern technologies to improve their crop productivity in the larger interest of the Indian economy, and to achieve the goal set by the Prime Minister to double their income by 2022.”