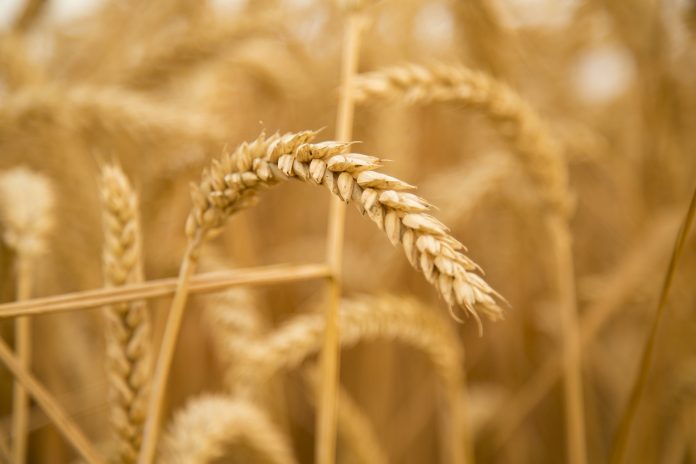 New Delhi: Shiv Nadar University has announced that one of its researchers, Dr Ram Sagar Misra (Chemistry) along with his collaborators led by Prof Benjamin Davis from the University of Oxford and Dr Matthew Paul from the Rothamsted Research, Harpenden, UK,  has discovered a process to radically increase crop yields in Wheat by up to 50 percent. This will result in an increase in biomass as well as starch while simultaneously making the crop more resilient against drought, excessive rainfall and excessive cold. The biotechnology enabled process basis which this has been enabled is called “chemical intervention in plant Signaling Process” and is also replicable in other crops such as rice, potatoes etc. Given that wheat is one of India’s most important and staple food crops, this process heralds the possibility of radically transforming India’s agri-economy; enabling food security; addressing the threat of climate change and in the process, enable the country’s vision of an ‘ever-green revolution.’

Dr Sagar and the group have been working on this invention for close to 10 years now. What is noteworthy is that this method does not rely on genetic modifications to create super-yields or combat climate change and therefore offers a viable alternative to GM technology. The process ensures that there is no adverse impact on either plant or animal health or on the environment, making it more acceptable to countries such as India that have been mindful of genetic modification technology being introduced in agriculture. This is also a marked improvement over current hybrid technology used by agri-scientists.

University has called the new method as an alternative to genetic modification technology and promises better and safer results in comparison to conventional hybrid methodology.

Speaking about the research Dr Sagar stated, “The pressing global issue of food insecurity due to population growth, diminishing land and variable climate can only be addressed through agricultural innovation focused on improving both crop yield potential and resilience. For long we have looked at genetic modification as the only possible solution. But not only has the GM process failed to achieve worldwide acceptance, particularly for crops such as wheat, it has also been known to raise environmental concerns. Chemical intervention in Signaling Process is an alternative to GM as it uses Trehalose-6-phosphate (T6P), a central sugar signal in plants, which regulates sucrose use and allocation, underpinning crop growth and development to signal the plant to produce more starch – in this case, wheat.”

This discovery has already been acclaimed globally and has also been published by the prestigious scientific journal, “Nature” with Dr Sagar as a joint first author. It has also been patented in the US, the UK and the EU by the University of Oxford.

Commenting on this achievement of Dr Sagar, Professor R K Sharma, Honorary Secretary, Royal Society of Chemistry (London), North India Section and the Coordinator of Green Chemistry Network Centre, Department of Chemistry, University of Delhi, said, “My heartiest congratulations to Dr. Ram Sagar for an invention that has the potential to revolutionize Indian agriculture. Undertaken by an Indian scientist and successfully completed with his collaborator at University of Oxford, UK makes this research all the more relevant and noteworthy. I believe this puts Dr. Sagar as well as the Shiv Nadar University at the forefront of cutting edge and globally relevant research. The fact that this has been published in Nature, the world’s premier scientific journal also deserves mention and highlights the significance of the innovation.”

Commenting on this innovation Professor A. D. N. Bajpai, Vice Chancellor, Himachal Pradesh University, Shimla and Member, Central Advisory Board on Education, Committee on University Reforms, MHRD, Govt. of India, said “This innovation is incredibly unique and potentially heralds a new dawn for Indian agriculture. This invention is significant on multiple counts. Firstly, by enabling higher yields of up to 50% it can go a long way towards ensuring global food security. Secondly, higher yields will benefit the agri-economy of India’s wheat growing states, impacting millions of poor farmers and their families. Thirdly, by helping the crop become drought tolerant, this new method will be critical in a rain-fed ecosystem. Fourthly, this technology can be easily and widely replicated across other crops as well – so potential benefits are enormous. Finally, it can co-exist and be integrated with existing crop technologies, without any ethical or safety issues whatsoever. The only question now is how soon this can be brought to market.”

The discovery is also important given the fact that average yields for wheat in India is below that of average yields seen in other countries. For example, India’s average yield is 39% lower than China’s. Except Punjab and Haryana, most Indian states have yield levels below that of Bangladesh. India’s average yield in 2013 of 3075 kg/ha is lower than the world average of 3257 kg/ha, leaving significant room for improvement. What is more worrying for India is the threat posed by rising temperatures that is expected to adversely affect the production of wheat, a crop that is extremely sensitive to weather change. According to some estimates, global wheat production is estimated to fall by 6% for each °C of temperature increase. The effect on warmer regions such as India is projected to be even greater – of around 8 percent.

This is also reflected in India’s rising imports of wheat. India has bought more than five million tons of wheat since mid-2016, already its biggest annual purchase in a decade, after it began an import campaign to meet a supply shortfall left by two years of lower production.