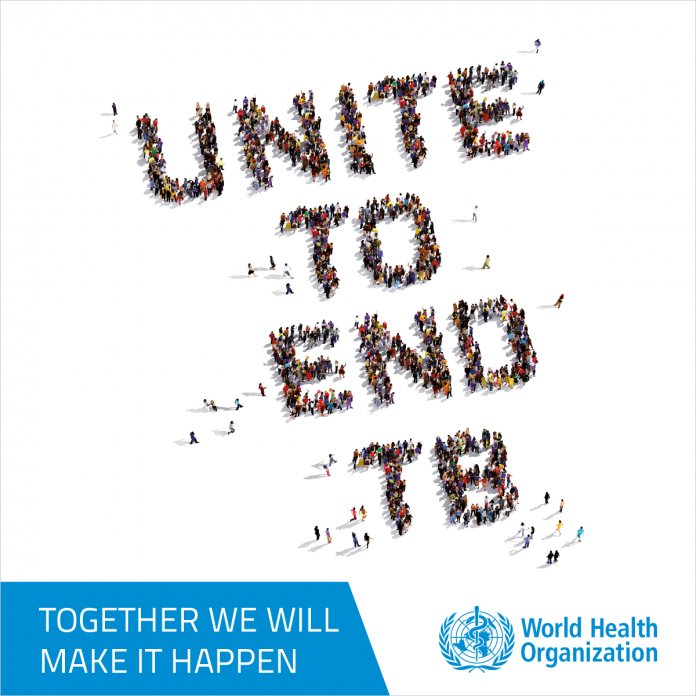 New Delhi: Health Ministers from countries in WHO South-East Asia Region which bear half the global TB burden, and WHO today signed a Call for Action for Ending TB, pledging to scale-up efforts and implement adequately funded, innovative, multisectoral and comprehensive measures to achieve the global target to end the disease by 2030.

“We need to make ending TB our central priority. The disease continues to be a leading cause of death and lost productive years in the crucial age group of 15-49 years causing catastrophic expenses, financial losses, outright impoverishment of individuals and households and massive aggregate costs to national economies.  Ending TB is paramount for health and development across the Region,” Dr Poonam Khetrapal Singh, Regional Director for WHO South-East Asia, told the Ministerial Meeting Towards Ending TB in the South-East Asia Region, here.

In 2015, TB caused nearly 800 000 deaths in the Region while an estimated 4.74 million new cases were reported. Six of the Region’s countries – Bangladesh, DPR Korea, India, Indonesia, Myanmar and Thailand – are among the 30 high TB burden countries globally.

While countries in the Region have been making efforts against TB, the annual decline in TB incidence – which is currently between 1.5% and 2% – is insufficient and needs to be scaled up to at least 10% to 15% for the countries and the Region to meet the End TB targets. The global targets seek to reduce TB mortality by 90% and incidence by 80% by 2030.

Committing to take exceptional action and high-impact interventions as per the Call for Action, the Ministers of Health agreed to lead the implementation of the national TB response through an empowered body reporting to the highest levels of Government.

The Call for Action stresses upon increasing government and partner budgetary allocations to enable national TB plans to be fully funded.

The Ministers discussed setting up of a Regional Innovation to Implementation (I 2 I) fund for accelerated sharing of knowledge, intellectual resources and innovations to reach out and treat all cases.

Opportunities to accelerate progress should be seized with rapid adoption of advances in diagnostics and medicines.

“Together we can and must end TB,” the Regional Director said, while announcing that ‘bending the curve to end TB’ would be a flagship programme of WHO in South-East Asia Region to support member countries take immediate action with an extreme sense of urgency to End TB.

The investments in ending TB are expected to give huge returns, with more than 11 million lives expected to be saved and nearly 60 million infections expected to be prevented across the Region by 2035. This will also complement social and economic growth by averting nearly 300 million DALYs.

Other than the Ministers of Health, officials from health departments of member countries, and representatives of partner organizations such as the World Bank, The Global Fund, Stop TB Partnership, USAID and DFAT Australia, attended the two-day meeting organized by WHO.