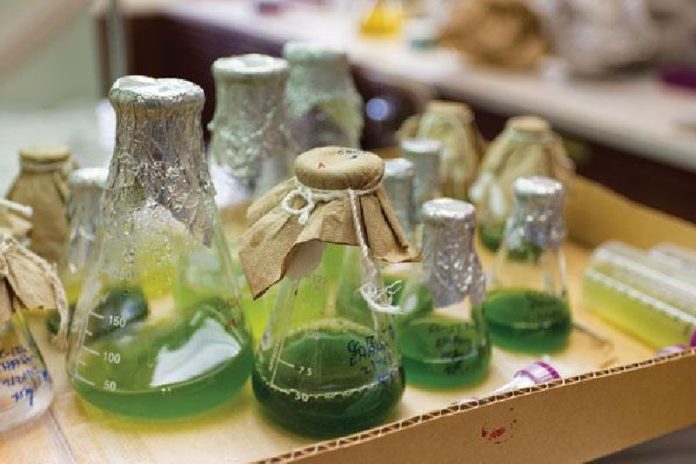 Tokyo: Chlamydomonas reinhartdii (Chlamy) is a unicellular green alga that lives in fresh water throughout the world, and notably, the cells can change their swimming directions upon sensing light–referred to as phototactic behavior. However, in spite of their widespread use as a model organism, the role of pigments in the subcellular organelle called ‘eyespot’ in determination of the sign of phototaxis (direction of cell movement relative to light sources) is still unclear. Now, Dr Ken-ichi Wakabayashi at Laboratory for Chemistry and Life Science, Institute of Innovative Research, Tokyo Institute of Technology and collaborators have reported in Proceedings of the National Academy of Sciences (PNAS) on April 27, 2016,“that the light shielding property of the eyespot pigments is essential for determination of phototactic sign.”

Wakabayashi and coworkers observed a reversal in the sign of phototaxis in newly isolated Chlamy mutant cells with missing eyespot pigments. To explain these findings, the researchers designed experiments to determine whether the Chlamy cells behaved as lenses to focus and condense light onto photoreceptors that are located on the “equatorial region” of the surface of one side of Chlamy [Fig.1]. 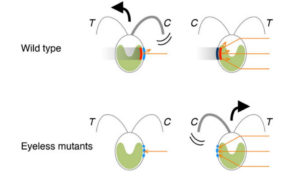 Fig. 1: Illustration showing movements in opposite directions triggered by the relative orientation of the light source, eyespot pigments, and photoreceptors.

A look at the background

Chlamy exhibits phototactic behavior and are widely used by scientists to model the functions of cells, such as cell movements and response to light for photosynthesis. It is well known that Chlamy moves in their aqueous environments by beating flagella, a hair-like organelle that generate force for swimming. Furthermore, Chlamy is phototactic, that is, they swim and find locations in their environments for optimizing photosynthesis by either moving towards light (positive phototaxis) or away from it (negative phototaxis). However, the role of the pigment (carotenoid) layers of the eyespot in determining the sign of phototaxis in Chlamy is not fully understood. 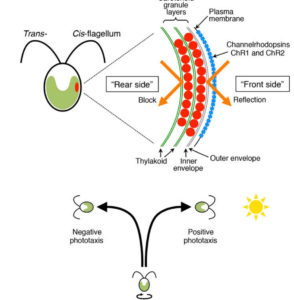 Fig 2:  Schematics of cross section of Chlamydomonas cell and phototactic behavior relative to a light source.

Experimental details: Isolation of eyespot-less Chlamydomonas mutants with a reversed sign of phototaxis

Confirmation of the lens effect in green Chlamydomonas cells

The existence of focusing due to a lens effect in green Chlamydomonas cells was confirmed by observing both wild-type and lts-211 cells under a microscope with sideways illumination. A small bright area was observed on the side of the cell edge opposite to the light source, irrespective of the location of the eyespot. Furthermore, image formation by the cellular lens effect was also observed.

Why is this significant?

The methodology and findings of this research are expected to find applications in a wide range of research in molecular biology including the determination of the “refractive indices of spheroidal cellular organisms without special equipment.”

Note: Special thanks to Emiko Kawaguchi, Center for Public Affairs and Communications, Tokyo Institute of Technology who provided this information.