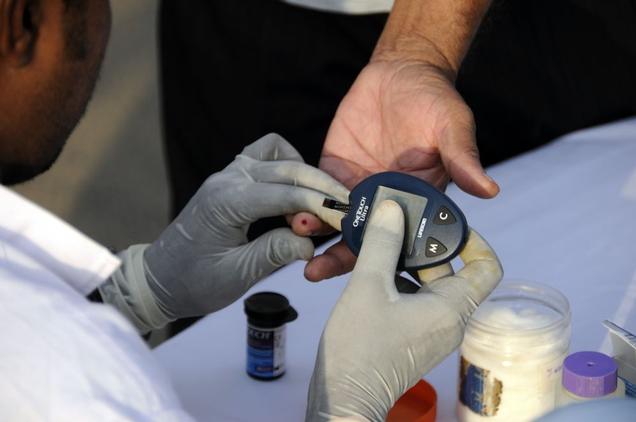 New Delhi: Indian Council of Medical Research (ICMR) has undertaken a survey on diabetes viz. ICMR India Diabetes (ICMR-INDAB) Study on the prevalence of diabetes.  It is an ongoing study and current results available from 15 States/Union Territories (UTs) indicate overall prevalence of Diabetes which varies from 4 percent to 13 percent. The Minister of State (Health and Family Welfare), Mr Faggan Singh Kulaste stated this recently in a written reply on the floor of the Lok Sabha (lower house of Parliament).

As reported by ICMR, based on the “Three-year Report of the Population Based Cancer Registries: 2012-14”, the estimated incidence and mortality of cancer cases in India for all sites is as under. The data clearly shows a remarkable increase in the number of deaths during 2015 as compared to the previous years.

ICMR has informed that according to the Report of National Commission on Macroeconomics and Health, there were 380 lakh cases of Cardiovascular Diseases (CVDs) in the year 2005 and these were estimated to rise to 641 lakh cases in the year 2015.  The number of deaths from CVDs was estimated to more than double during this period.

The data available from the Indian Council of  Medical Research-India Diabetes (INDIAB) Study Phase I done in the rural and urban settings in 3 States and 1 Union Territory viz., Tamil Nadu, Maharashtra, Jharkhand and Chandigarh for hypertension indicates the range of prevalence of hypertension from 19.8 percent to 31.5 percent.

Government of India has launched National Programme for Prevention and Control of Cancer, Diabetes, Cardiovascular Diseases and Stroke (NPCDCS) which is implemented for interventions up to District level under the National Health Mission. NPCDCS has focus on awareness generation for behaviour and life-style changes, screening and early diagnosis of persons with high level of risk factors and their treatment and referral (if required) to higher facilities for appropriate management for Non-communicable Diseases.  Under NPCDCS, diagnosis and treatment facilities for common NCDs are provided through different levels of healthcare by setting up NCD Clinics at District Hospitals and Community Health Centres (CHCs).

Recently, on 22nd June, 2016, Operational Guidelines have been released for implementing population level screening for diabetes, hypertension and common cancer viz. breast, cervical & oral. The guidelines include screening for risk factors of these diseases. Such screening will generate awareness on risk factors of common NCDs.

For holistic development of adolescent population, the Ministry of Health and Family Welfare in 2014 launched Rashtriya Kishor Swasthya Karyakram (RKSK) to reach out to 253 million adolescents – male and female, rural and urban, married and unmarried, in and out of school adolescents with special focus on marginalized and underserved groups.  The six thematic areas covered under RKSK include Non-Communicable Diseases.

Presently seven Affordable Medicines and Reliable Implants for Treatment (AMRIT) outlets have been opened at Central Government institutions with an objective to make available Cancer and Cardiovascular Diseases drugs and implants at discounted prices to the patients. Approval has also been accorded for opening of such outlets at 8 more Central Government institutions. HLL Lifecare Ltd, which is a 100 percent Government of India owned PSU under this Ministry, has been directed to contact all States which may like to open AMRIT outlets in major State Government hospitals/institutions. As per the approval accorded for setting up AMRIT, the prices of the products are to be reasonable and significantly lower than the market price.

Several awareness initiatives have been undertaken by the Government including observance of World Diabetes Day, organizing of screening for major NCDs including blood pressure and major awareness events at occasions such as the India International Trade Fair (IITF), Delhi and use of  print, electronic and social media, etc. In addition NPCDCS supports awareness generation activities to be undertaken by the States.

Rahul Koul - September 5, 2019
446
Mentioned Dr Alok Roy, Chairman, Medica Group of Hospitals in an exclusive interaction with the BioVoice where he shared his views on the issues surrounding healthcare sector in India.................

Rahul Koul - May 14, 2020
178
In an exclusive interaction with the BioVoice, Dr Rishi Bhatnagar, President, Aeris Communications, and Chairperson of The Institution of Engineering and Technology - IoT panel talked about various aspects of dealing with pandemic including the role of technology and communication.....................