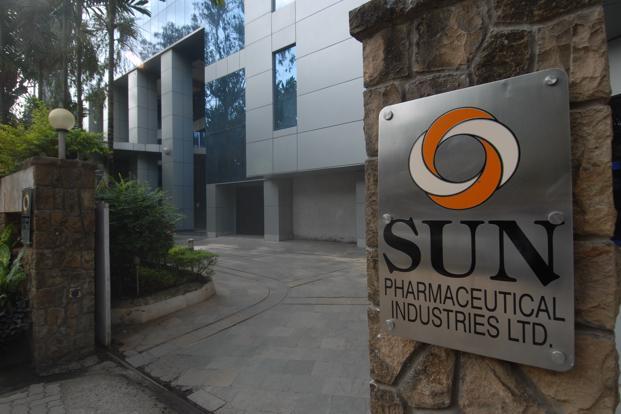 Mumbai: Psoriasis is a chronic immune disease that appears on the skin. It affects an estimated 7.5 million people in the U.S. and approximately 125 million people worldwide. It is a non-contagious disorder that speeds the growth cycle of skin cells and results in thick scaly areas of skin. Despite existing treatment options, many people with plaque psoriasis continue to struggle with the ongoing, persistent nature of this chronic disease impacting their everyday lives.

Sun Pharmaceutical Industries has announced late-breaking data from two pivotal Phase-3 clinical trials (reSURFACE 1 and 2) achieving the primary endpoint with tildrakizumab, an investigational IL-23p19 inhibitor, in patients with moderate-to-severe plaque psoriasis at the 25thEuropean Academy of Dermatology and Venereology (EADV) Congress in Vienna, Austria. As indicated in a previous press release, top line results from these studies were announced on May 4, 2016.

The Phase-3 data results through week 28 are being presented for the first time as part of the “Late Breaking News” Session at the premier European dermatology conference where the latest in research and developments in the field are presented each year.  Tildrakizumab clinical trials included over 1,800 patients from more than 200 clinical trial sites worldwide.

Tildrakizumab is an investigational humanized, anti-IL-23p19 monoclonal antibody designed to selectively block the cytokine IL-23. With this precise targeting, tildrakizumab has the potential to help control the pathogenic cells responsible for the inflammatory process of psoriasis with limited impact on the rest of the immune system.

In the trials, an average of 63 percent of patients achieved 75 percent of skin clearance (Psoriasis Area Sensitivity Index or PASI 75) by week 12 after only two injections, and 77 percent achieved 75 percent skin clearance after 28 weeks and three injections of the 100 mg dose of tildrakizumab (64 percent and 80 percent in reSURFACE1, 61 percent and 74 percent in reSURFACE2). Similarly, an average of 57 percent and 66 percent of patients had a Physician’s Global Assessment (PGA) score of “clear” or “minimal” with the 100 mg dose at weeks 12 and 28 respectively.

As per the company, overall safety profile of tildrakizumab in both Phase-3 clinical trials was consistent with the safety data observed in previously reported studies. The incidences of severe infections, malignancies, and extended major cardiovascular events (MACE) were low and similar across treatment groups (1-3 percent).

“For patients with psoriasis, their condition is always top of mind and they struggle on a daily basis with the often debilitating effects of this chronic condition. In our studies, we saw that the targeted effects of tildrakizumab significantly improved skin clearance offering a potential new treatment option for many patients with quarterly dosing,” said Dr Kristian Reich, Professor of Dermatology at the Georg-August-University Göttingen and inflammation specialist at the Dermatologikum Hamburg in Germany.

“We are excited about these Phase-3 tildrakizumab results that further validate the central role of IL-23 as a key regulatory cytokine and treatment target in psoriasis. Tildrakizumab has the potential to be a new treatment that helps people living with moderate-to-severe psoriasis,” said Jesper Jensen, Executive Vice President, Biologics and Dermatology, Sun Pharma. “At Sun Dermatology, we care to make a difference and seek to match our products and solutions making them accessible and available to patients and health care providers with unmet needs.”

Additional findings from the Phase-3 clinical trials will be presented at upcoming scientific meetings and the preparations for regulatory submissions in both the U.S. and Europe are proceeding. In July 2016, Sun Pharma had announced a strategic licensing agreement with Almirall S.A (Spain) on the development and commercialization of tildrakizumab for psoriasis in Europe.

Tildrakizumab Phase-3 studies (reSURFACE 1 and 2) are randomized, placebo-controlled, multicenter studies designed to demonstrate efficacy of tildrakizumab in moderate-to-severe plaque psoriasis compared to placebo and comparative drug and to assess safety and tolerability. The co-primary efficacy endpoint of the two placebo controlled studies were the proportion of patients with Psoriasis Area Sensitivity Index 75 (PASI 75) response at week 12 compared to placebo and the proportion of participants with a Physician’s Global Assessment (PGA) score of clear or minimal with at least a 2 grade reduction from baseline at week 12 compared to placebo.

The reSURFACE 2 also included an etanercept comparator arm, with a key secondary endpoint comparing tildrakizumab and etanercept on PASI 75 and PGA. Other co-secondary endpoint of both placebo controlled studies included PASI 90 and PASI 100 responses at week 12 and PASI 75, 90 and 100 and PGA responses from baseline at Week 28. PGA measures lesion thickness, erythema and scaling across all of a patient’s psoriasis lesions in order to determine the disease activity on a six-point scale from “clear” to “severe.” A PASI score is a measure of psoriatic plaque redness, scaling and thickness and extent of the involvement in each region of the body. Treatment efficacy is often measured by reduction of PASI from baseline (i.e. 75 percent reduction is known PASI 75), a 90 percent reduction is known as PASI 90 and PASI 100 is total clearance of skin disease.