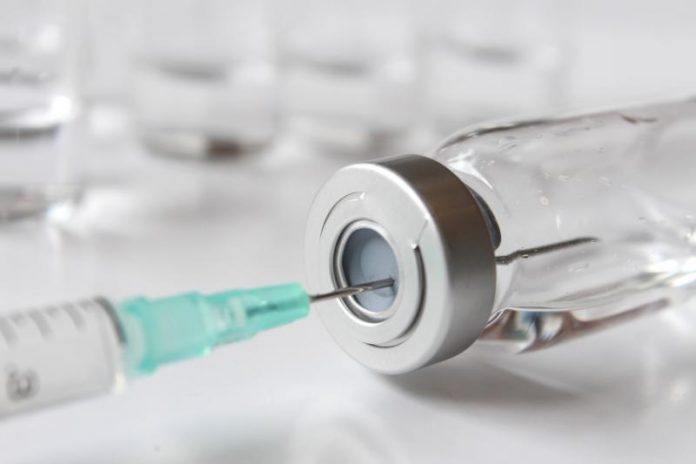 New Delhi: Dengue is a neglected mosquito-borne viral disease that is rapidly spreading globally. Currently, half of the global population lives under dengue threat; and an estimated 390 million infections occur worldwide every year with approx. 100 million cases of clinical disease and over 25,000 deaths. All four dengue virus serotypes are now endemic in India. The development of vaccine against dengue poses challenge because immune responses to the four dengue virus serotypes cross react and instead of cross-protection, enhance the disease.

Now in a major step towards the ensuring protection against dengue, the International Centre for Genetic Engineering and Biotechnology (ICGEB) and Sun Pharma have announced their new collaboration for development of a dengue vaccine, targeted against all the four serotypes of Dengue virus that cause disease in humans. ICGEB has developed a tailored recombinant virus-like-particle (VLP) based tetravalent dengue vaccine, containing host-receptor binding domain of envelope protein of all the four DENV serotypes. ICGEB has conducted pre-clinical studies over the past seven years and developed the existing Know-How and Patents for this dengue vaccine candidate.

This is the second collaboration between Sun Pharma and ICGEB focusing on dengue. The first one announced in May 2016 was related to the development of a botanical drug for treatment of Dengue. The current collaboration is focussed on developing a novel, safe & effective vaccine for the prevention of dengue.

Initial findings of ICGEB’s Dengue vaccine indicate that the candidate induces serotypespecific non-cross-reactive and strongly neutralizing antibodies without disease enhancing concerns. These features of the candidate vaccine differentiate this vaccine development programme from other vaccine programs that are developed or in development globally. This vaccine development will focus on suitability for all target population whether previously affected or non-affected, including paediatric and adults and traveller population.

The Sun Pharma – ICGEB dengue vaccine candidate is expected to provide a competitive edge over others in all three critical parameters of safety, efficacy and affordability that define an ideal dengue vaccine.

Commenting on the new collaboration signed with ICGEB, Mr Kirti Ganorkar, Executive VP and Head, Global Business Development, Sun Pharma, said, “Our new collaboration with ICGEB for developing an affordable dengue vaccine is part of our broader commitment for developing new and improved vaccines and drugs against flaviviruses that are of significant health importance to India and rest of the world. Our decision to partner with ICGEB on dengue vaccine program followed extensive due diligence and expert consultations on existing dengue vaccine programs globally.” According to

In his comments on the partnership, Dr Dinakar Salunke, Director, ICGEB, mentioned, “Despite recent approval of a dengue vaccine and several candidates being at advance stage of clinical trials, the development of a safe, affordable and efficacious dengue vaccine still faces major challenges. I am pleased that the Dengue Vaccine Development program led by Dr Navin Khanna at ICGEB is now proceeding to clinical development phase with Sun Pharma. The initial support from DBT and subsequent funding from Wellcome Trust has enabled ICGEB to bring this vaccine candidate at the stage it is today. We acknowledge the continued support of DBT and Wellcome Trust for these efforts at ICGEB. Our pre-clinical data is very encouraging and this could be an ideal dengue vaccine candidate for all target populations.”

According to the agreement signed on October 19, 2016, the Sun Pharma will fund and support further development of the vaccine candidate and existing ICGEB Know-How and Patents. ICGEB will grant Sun Pharma exclusive rights and licenses for development and commercialisation of this vaccine globally. ICGEB will receive pre-defined royalty & milestone payments. A joint development committee, comprising members of both the organisations, will be established to provide oversight to the dengue vaccine development program. According to the agreement signed, ICGEB shall disclose and make available to Sun Pharma all such existing ICGEB Know-How as well as effective completion of technology transfer by ICGEB to Sun Pharma within stipulated timeframe. Since, ICGEB is not related to promoter/promoter group/ group companies of Sun Pharma, this transaction does not fall under related party transaction.

The novel dengue vaccine being developed through this partnership is expected to provide a competitive edge in three critical parameters:

1. SAFETY: The vaccine is made in yeast, a GRAS (generally regarded as safe) organism and it is non-replicating. It also circumvents interference and associated safety concerns of live attenuated virus. Thus, it lowers the risk of adverse effects of disease enhancement.

3. AFFORDABILITY: The unique ‘four-in-one’ vaccine design obviates the need for developing four monovalent vaccines; a single vaccine needs to be produced; uses the high expression potential of the yeast expression system; may have shorter immunization schedule.

Sun Pharma will set-up a Dengue Vaccine Advisory group to provide technical and regulatory support to the vaccine development programme. It will also be exclusively responsible for all Regulatory filings for the product globally including, without limitation, CDSCO-India, WHO, USFDA, EMA, MHRA etc. The company will explore commercialisation opportunities to provide this vaccine to patients across India, Emerging Markets, Western Europe, Japan and USA at affordable costs post Regulatory approvals in these markets. The immediate priority of this partnership is to complete the Toxicology studies for further development of the program.

Sun Pharma invests over US$ 300 million annually on research and development in pharmaceuticals and biologics. The Company will use its in-house expertise as well as expertise of its Associate company, ARTES Biotechnology GmbH, in development of dengue vaccine. ARTES will add their experience and proprietary know-how in production of VLP based vaccines from yeast production cell lines. Hep-B and HPV vaccines developed by ARTES are licensed to several companies worldwide and a Malaria vaccine program is sponsored by PATH (Malaria Vaccine Initiative). Taken together, the Company has past experience in development of Hep-B and Typhoid vaccines, as well as complex vaccines, such as HPV and Malaria.