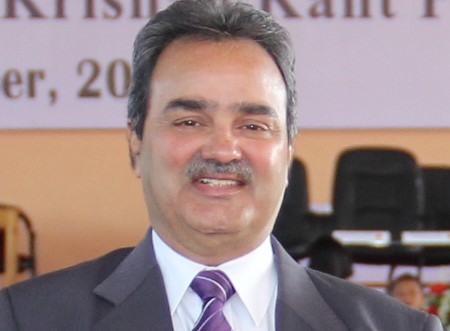 Prof Rajesh N Sharan is an accomplished biochemist and molecular biologist working in the fields of cancer and radiation molecular biology for last over three decades at Department of Biochemistry, North-Eastern Hill University, Shillong. Dr Sharan in a chat with BioVoice News opined that e-cigarettes are significantly safer than conventional cigarettes and could prove to be a major alternative for smokers. Read the insightful interview below:

Please tell us about the main objectives of your study on the feasibility of e-cigarettes? What were the primary conclusions?

According to the World Health Organization (WHO), approximately 1 billion people currently smoke. This is estimated to result in the deaths of about 6 million individuals globally every year. Despite knowledge of the harm caused by smoking and regulatory efforts to support smoking cessation, the number of smokers continues to grow. More than one million Indians reportedly die annually because of smoking, making it the fourth leading cause of death due to non-communicable diseases (NCD) in the country.

When conducting our research, we were motivated to identify better and safer forms of nicotine delivery to aid smoking cessation, especially to those who are unable to quit. We found that Electronic Nicotine Delivery Systems (ENDs) also commonly known as “e-cigarettes” demonstrate minimum health and safety concerns compared to the high risks associated with smoking and can therefore play an important role in accelerating smoking cessation.

What are the potential benefits and risks of e-cigarettes?

The number one benefit is that e-cigarettes provide smokers with a less harmful alternative. Our research shows that e-cigarettes are significantly safer than conventional cigarettes and provide the smoker with an option to consume nicotine without being exposed to the many harmful carcinogens and other toxins in cigarette smoke that are the result of combustion.

We have conducted a systematic review and meta-analysis of published literature on the health and safety aspects of vaping with ENDs compared to conventional cigarette smoking. On both these parameters we find that ENDs has minimum health and safety concerns compared to the high risks associated with conventional cigarettes. Although some gaps remain to be filled by further research, our study conclusively establishes that vaping with ENDS is a safer and effective alternative to smoking.

What could be the possible reason for the WHO’s quit or die policy? Why is it against the alternative of e-cigarettes?

These two question would be best answered by WHO. However, in my opinion as a scientist it is clear that there are a number of new products that have the potential to reduce harm and thereby have a positive effect on public health globally. This conclusion is also supported by leading public health groups and agencies such as Public Health UK and the Royal College of Physicians.

In my opinion, the WHO should take note of these positive attributes of ENDS and explore policies that would enable access to these products. The upcoming meeting of the Framework Convention on Tobacco Control (FCTC), which will be hosted in India in November, provides an opportunity for the WHO to discuss these issues with leading experts from across the globe.

Why are few state governments in India following WHO’s policy without verifying independently? Is there any active body in India which is working towards convincing them?

Our research demonstrates that in countries such as the UK, US, France, and Malaysia, where e-cigarettes are relatively freely available, the number of cigarette smokers have declined. This suggests that ENDs use is driving cessation. Enabling access to such less harmful products in India would therefore likely support public health objectives and reduce the burden of smoking related health issues.

In an Indian context, it is my belief that there has been too little research and analysis available for regulators to base decisions on. Although there is a vast amount of research available globally, in India our study is the first of its kind.  My hope that our paper can support state governments and other regulatory bodies with comprehensive evidence which would enable them to adopt evidence based regulation that better support public health objectives.

Is it realistic to imagine a world free from smoking? Why aren’t we looking at options beyond e-cigarettes if any?

Knowing the harm caused by smoking, it is of course most desirable to move towards a world free of smoking. However, as a biochemist and molecular biologist, I have studied human behavior, and therefore know that some people are more susceptible to addiction than others. For those with a greater tendency for addiction, the availability of less harmful substitutes, such as ENDS, offers a realistic way to meet the psychological and physiological cravings that are associated with smoking while dramatically reducing their risk of suffering ill health.