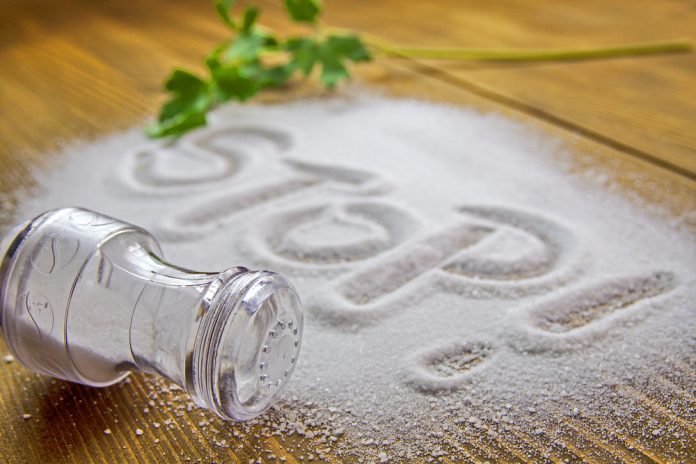 New Delhi: Researchers at The George Institute for Global Health reviewed data involving 227,000 people across the country and found salt consumption far exceeds the World Health Organisation (WHO) maximum target of just five grams per person each day. With salt being a major contributing factor to high blood pressure – a leading cause of cardiovascular disease (CVD) – the study highlights the need for urgent action in India to reduce salt consumption.

Lead author Claire Johnson, of The George Institute for Global Health, said: “Over the past 30 years the average Indian diet has been transformed. They are eating less pulses, fruits and vegetables and lots more processed and fast foods.”

“As a result their diets are now full of salt, sugars and harmful fats which are driving up rates of high blood pressure, obesity and cardiovascular diseases, such as heart attack and stroke.”

CVD is the leading cause of mortality in India each year leading to some 2.3 million deaths each year, a quarter of which are attributed to high blood pressure. By 2030 the number of people suffering from high blood pressure in India is set to nearly double to 213 million.

Dr Johnson added: “The scale of the crisis facing India is hard to contemplate. We are talking about millions of people dying each year due to unhealthy diets and lifestyles. We know that if you cut back on the amount of salt you eat, your risk of suffering from high blood pressure and cardiovascular disease greatly reduces.”

The George Institute for Global Health is calling for the implementation of a national salt reduction strategy to tackle this growing crisis.

Professor Vivek Jha, Executive Director of The George Institute for Global Health, India, said India had to ramp up its efforts if it had any hope of meeting its WHO targets of a 30 per cent reduction in salt consumption by 2025.Professor Jha said: “We need a country wide educational program teaching people about to eat and how to reduce the salt in their diet. It can be done but it needs investment and it needs to be made a priority given our rapidly rising levels of CVD and high blood pressure.

“We also need to work with the food industry, to encourage them to reduce salt levels in the highly processed foods many Indian people now eat daily. A huge problem is facing India but we can prevent millions of people dying if we act now.”

The George Institute is currently working with Centre for Chronic Disease Control, India, (CCDC) to develop the evidence for a national salt reduction program for India.