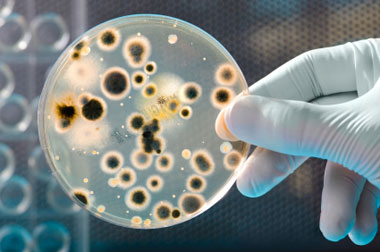 As the World Health Organization (WHO) ramps up its fight against antibiotic resistance, a new multi-country survey shows people are confused about this major threat to public health and do not understand how to prevent it from growing.

Antibiotic resistance happens when bacteria change and become resistant to the antibiotics used to treat the infections they cause. Over-use and misuse of antibiotics increase the development of resistant bacteria, and this survey points out some of the practices, gaps in understanding and misconceptions which contribute to this phenomenon.

Almost two thirds (64%) of some 10 000 people who were surveyed across 12 countries say they know antibiotic resistance is an issue that could affect them and their families, but how it affects them and what they can do to address it are not well understood. For example, 64% of respondents believe antibiotics can be used to treat colds and flu, despite the fact that antibiotics have no impact on viruses. Close to one third (32%) of people surveyed believe they should stop taking antibiotics when they feel better, rather than completing the prescribed course of treatment.

“The rise of antibiotic resistance is a global health crisis, and governments now recognize it as one of the greatest challenges for public health today. It is reaching dangerously high levels in all parts of the world,” says Dr Margaret Chan, WHO Director-General, in launching the survey findings today. “Antibiotic resistance is compromising our ability to treat infectious diseases and undermining many advances in medicine.”

“The findings of this survey point to the urgent need to improve understanding around antibiotic resistance,” says Dr Keiji Fukuda, Special Representative of the Director-General for Antimicrobial Resistance. “This campaign is just one of the ways we are working with governments, health authorities and other partners to reduce antibiotic resistance. One of the biggest health challenges of the 21st century will require global behaviour change by individuals and societies.”

The multi-country survey included 14 questions on the use of antibiotics, knowledge of antibiotics and of antibiotic resistance, and used a mix of online and face-to-face interviews. It was conducted in 12 countries: Barbados, China, Egypt, India, Indonesia, Mexico, Nigeria, the Russian Federation, Serbia, South Africa, Sudan and Viet Nam. While not claiming to be exhaustive, this and other surveys will help WHO and partners to determine the key gaps in public understanding of this problem and misconceptions about how to use antibiotics to be addressed through the campaign.

Some common misconceptions revealed by the survey include:

Another key finding of the survey was that almost three quarters (73%) of respondents say farmers should give fewer antibiotics to food-producing animals.

To address this growing problem, a global action plan to tackle antimicrobial resistance was endorsed at the World Health Assembly in May 2015. One of the plan’s five objectives is to improve awareness and understanding of antibiotic resistance through effective communication, education and training.