New Delhi: Documents released last week by the World Health Organization, in advance of a November meeting in Delhi of its Framework Convention on Tobacco Control, show that the WHO has been operating in secret to limit access to new technologies that have enabled millions of people to quit smoking, according to a brief published by Reason Foundation, a US think tank.

The brief, written by Mr Julian Morris, vice president of research at Reason Foundation, looks at the work of the Framework Convention on Tobacco Control (FCTC), a treaty created by the World Health Organization in 2004 that seeks “to protect present and future generations from the devastating health, social, environmental and economic consequences of tobacco consumption and exposure to tobacco smoke.”

Since the FCTC came into force in 2005, the number of smokers in the world has increased, mainly in China and other poor countries that were the FCTC’s primary target. As Morris comments in the brief, “The FCTC has not been a stellar success on its own terms.” 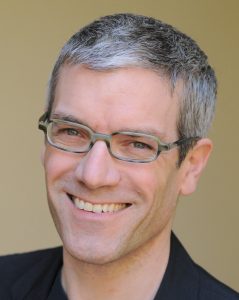 Julian Morris argues that a key problem with the FCTC is that it is beholden to the idea that the only way to reduce smoking is for smokers to “quit or die.” It is thus highly sceptical of the potential for new technologies, such as vape devices (also known as “electronic cigarettes”), to reduce smoking-related harms. Among other evidence, Morris cites a report released last week by the FCTC, commissioned in secret from unknown authors that refers to unpublished evidence from meetings held in secret, which advocates that vape products should be heavily regulated.

Yet, a recent report from the Royal College of Physicians concluded that vaping is “at least 95 percent safer” than smoking, that vape devices should be widely available and that doctors should encourage smokers to use them instead of smoking. Moreover, millions of people have already stopped smoking by using vape products. And where vape products are legally available, rates of smoking initiation have fallen faster than in locations where they are not available.

Morris suggests that many of the problems with the FCTC stem from the fact that it violates all the precepts of good governance – especially transparency. He notes that at the two most recent Conferences of the Parties (COPs) of the FCTC, in Seoul in 2012, and in Moscow in 2014, all journalists were thrown out of the public gallery and the meetings were held in secret.

The FCTC also excludes many groups whose input would be highly relevant. Morris notes:
“The FCTC currently lists only 20 NGOs as Observers on its website. By contrast, the Framework Convention on Climate Change lists over 2,000 NGOs as Observers. Moreover, there is essentially no participation by representatives of many affected groups, including users of tobacco and vape products, vendors, and farmers. Participation by IGOs has also been restricted; even Interpol has been denied Observer status despite its expertise in combating illicit trade in tobacco, a key topic covered by the Convention.”

The primary justification the FCTC Secretariat gives for restricting participation and operating in secret is the avoidance of conflicts of interest. But the real reason, Morris argues, is that the FCTC doesn’t want to allow anyone into the tent who disagrees with its assumption that the only option for smokers is to “quit or die.” As Morris observes:

“If the FCTC is genuinely committed to the ‘right to health’ then it must listen to those who are taking control of the things that determine their health – and to those who are helping them to do so. In other words, it should open itself up to participation by groups representing vapers, snus users, and companies producing these and other less harmful nicotine-containing products.”

Meanwhile, to address genuine conflicts of interest, Morris suggests that the FCTC should “open itself up to scrutiny. That means, at the very least, permitting journalists to attend all sessions of COPs and technical committees. Better yet, the FCTC might livestream all its proceedings over the web.”

Importance of adult immunization in India

Rahul Koul - December 9, 2021
172
Gaurav Kaushik, Managing Director & CEO, Meteoric Biopharmaceuticals says that in 2022 his company's focus will be on expanding the production capability and yield of this particular strain of probiotics..................