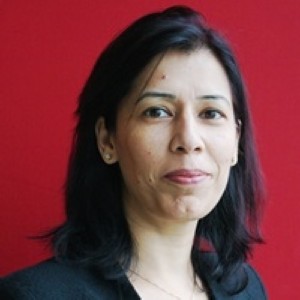 Biologics with patents expiring between 2015 and 2020 constitute the second wave of biosimilars. These include biosimilars of top selling products such as Humira®, Enbrel®, Rituxan®/MabThera®, Avastin®, Herceptin® and Remicade®. One infliximab biosimilar (Celltrion/Hospira) is already approved and marketed in the European Union, and one etanercept biosimilar (Samsung) has very recently received positive opinion from the EMA’s Committee for Medicinal Products for Human Use. There is a large pipeline of other biosimilars in different stages of development. This area is already crowded, with more than 160 biosimilars reported in different stages of development for these six top selling biologics. Till recently we did not see any significant biosimilars development activity for the third wave of biologics with patent expiries beyond 2020 (e.g., Cimzia® – certolizumab pegol, Lucentis® – ranibizumab, Simponi® – golimumab, Stelara® – ustekinumab, Soliris® – eculizumab). One important factor for this is the lower market value of these products (relative to the likes of Humira®). Now early signs of interest in these biosimilars are beginning to emerge. The coming years are likely to see biosimilars for these biologics feature in the clinical development pipelines of at least some of the companies.

Price Competition to Continue Spurring the growth of biosimilars is the need to improve access to biologics and contain treatment costs and healthcare budgets. When the first biosimilars were launched in the European Union, they were priced at a 20 to 30 percent discount to the branded product, to start with. As the market has progressed, innovators are dropping their prices in order to retain their market share, and biosimilar manufacturers are dropping their prices even further – with discounts reaching as deep as 70 percent of the innovator’s price in some cases. This trend is likely to continue with the launch of more biosimilars. Experience from Norway* shows that the uptake of biosimilars is strongly linked to the discount offered. As Remsima® (Bs infliximab, Orion) discounts increased to 70 percent from 40 percent, the market share increased to 55 percent from less than 10 percent. It will be interesting to witness the price competition for insulin, etanercept and other biosimilars in the coming year. Needless to say, the ultimate beneficiaries will be payers and patients.

Since the first set of over-arching guidelines for biosimilars were released by the European Medicines Agency in 2005, there has been much development in this space. The evolution continues, as earlier guidelines have been revised or are in the process of revision. The US Food and Drug Administration released its first set of draft guidelines in 2012, which have since been finalized. Additional guidelines were released in 2014-15, and others are in the pipeline. US FDA guidelines in the pipeline are expected to cover interchangeability, statistical approaches to evaluation of analytical similarity, and labeling of biosimilars. Furthermore, “real world” post-marketing evidence from the first set of biosimilars approved in the EU has not revealed any unexpected or untoward experiences. Regulators are expected to be more open than ever to accepting leaner clinical development programmes tailored to the product in question, focusing on the totality of evidence for evaluation and approval. Regulators will continue to focus on the quality comparability data as the cornerstone in the comparability exercise.

Product Approvals in the EU & USA

The European Medicines Agency has approved biosimilars for somatropin, epoetin, filgrastim, follitropin, insulin glargine and infliximab over the last 10 years. A biosimilar for etanercept has recently received a positive opinion from the EMA’s Committee for Medicinal Products for Human Use (November 2015). The US Food and Drug Administration has already approved biosimilar for filgrastim (March 2015) under the 315(k) pathway. As of December 2015, enoxaparin, infliximab, etanercept, rituximab and pegfilgrastim biosimilars are under evaluation in the European Union. Applications under assessment in the United States include Sandoz’s etanercept biosimilar (Oct 2015), Sandoz’s pegfilgrastim biosimilar (November 2015), and Amgen’s adalimumab biosimilar (Nov 2015). Approvals of more biosimilars for anti-TNF biologics, as well as biosimilars for oncology products, are anticipated for 2016. Asian manufacturers have been successful in obtaining approvals in the EU [case- Celltrion, Intas, Samsung (positive opinion from CHMP-MA likely to follow soon)]. This trend is likely to continue. We expect more product approvals for Asian players in Western markets in the coming years especially given the rich pipelines for some of them.

Areas Continue to Evolve Interchangability/substitution and naming are two important considerations in the uptake of biosimilars once they are launched. The European Union has approved 21 biosimilars as of November, 2015. All these have been issued under the same non-proprietary name as for the reference product. Recently, the US FDA has issued draft guidance on the subject of non-proprietary naming of biosimilars. The US FDA guidance recommends that all biologicals and biosimilars have not only non-proprietary names but also a four-letter suffix to distinguish them from each other. The suffix would be composed of four lowercase letters and not carry any meaning. While some industry associations have supported this proposal others, including the U.S. pharmacopeia and the Generic Pharmaceutical Association’s (GPhA) Biosimilars Council have opposed this approach. In the US, the FDA, under the Biologics Price Competition and Innovation (BPCI) Act, has the authority to designate a biosimilar as interchangeable. To date, 15 states have passed legislation requiring prescriber communication and record-keeping for biosimilars. Most of the proposed legislation requires the retail pharmacist to communicate to the prescribing physician the identity of the product dispensed if an interchangeable product is available, regardless of which product (brand-name or interchangeable) was dispensed. These two areas are expected to evolve further in the coming years.

Partnerships and Licensing Routes to Development

With a few exceptions, most biosimilar manufacturers entered this space through partnerships. This is largely because biosimilar production and commercialization demand many capabilities – biologic product development, manufacturing, regulatory and clinical development, specialized marketing, etc. There were a number of high profile acquisitions and mergers in the biopharma space in 2015 Biosimilars portfolios and capabilities were considerations in several of these deals. This trend will likely continue in coming years as companies use licensing and partnerships to achieve in the biosimilars arena what they could not do alone.

Asian manufacturers have been successful in obtaining approvals in the EU [case- Celltrion, Intas, Samsung (positive opinion from CHMP-MA likely to follow soon)]. This trend is likely to continue, we expect more product approvals for Asian players in Western markets in the coming years especially given the rich pipelines for some of them. We are beginning to see a change in the development strategy for some of the Asian customers. Instead of the earlier approach of developing products for local/regional markets followed by the Western markets, some Asian companies are now planning to develop products for global markets right from the outset. This is supported by availability of regulatory framework and guidelines, as well as a better understanding of these requirements. While Korean and Indian companies remain active in biosimilars development, there is significant surge in the number of Chinese companies that are exploring regional/global development of their biosimilars now as opposed to the earlier focus on domestic/regional markets. Late last year China FDA released biosimilars guidelines which were finalized in March this year. Indian Central Drugs Standard Control Organization (CDSCO) guidelines for biosimilars were released in 2012 and are in the process of revision currently. These guidelines are expected to be released for stakeholder review shortly.