New Delhi: India is a leading country in coconut production and productivity in the world. Our annual coconut production is 2044 crore coconut from 19.8 lakh hectare area and the productivity per hectare is 10345 coconut. The contribution of coconut in country’s GDP is about Rs 20,000 crore. In 2015-16, from our country, coconut products of Rs 1450 crore value have been exported. Over one crore people in our country are dependent on coconut crop for their livelihood. This was revealed by the Union Minister of Agriculture and Farmers Welfare, Mr Radha Mohan Singh during his recent address at the farmers on World Coconut Day and National Award presentation ceremony in Bhubaneswar.

Mr Singh informed that to operationalize the Horticulture Mission in Odisha state, an amount of Rs 54.45 crore for the year 2015-16 and in 2016-17 so far, Rs 26.83 crore have been released. In this year, the state is to obtain a sum of Rs 49.91 crore from the centre. The state could not spent Rs 4.15 crore in the last year. The Minister expressed hope that this year the entire amount received from the center would be spent by the state’s Horticulture Mission. He also said that nearly a quarter of the mission’s budget should be on the post-harvest infrastructure management, especially to build the cold supply chain and to link farmers’ producers directly to market should be spent.

In the last 2 years, National Horticulture Board has provided assistance of Rs 6.50 crore to develop horticulture in the Odisha state, which includes important plans like greenhouse, polly house, cold storage. Several cashew promotion units have been established in Odisha’s Koraput and Gunjm district. At the same time, assistance for the development quality plant to create modern nursery seedlings has been provided.

Coconut is a major crop of Orissa state and here coconut is cultivated in 50679 hectares and coconut production is Rs 32.4 crore. In the state 6404 coconut per hectare is being produced. Five districts of Odisha; Puri, Ganjam. Kttk, Nyagd and Khurda produce more than 60 percent of the total coconut production in the state.

Agriculture Minister said the Coconut Development Board has a huge contribution towards the achievement made in the coconut industry in the country. By coconut value (value addition) only, the coconut farmers can be taken towards prosperity. For it, the Technology Mission on coconut under the Board has established 402 coconut processing units have been in India and in these processing units, Rs 242 crores coconut per year are processed.

The Minister also stressed that the new initiative launched by the Coconut Development Board, has given him a chance to know in detail. So far, 9720 coconut committees, 700 coconut producer federations and 61 coconut producer companies have been formed across the country. I hope that through these farmer groups, board’s plan would be operationalized and in processing, marketing and export of coconut products, farmers would hold their share. 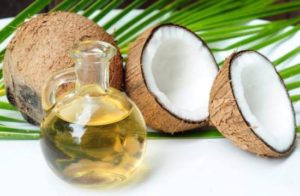 The skill development program for coconut sector ‘Friends of Coconut Tree’ and ‘Neera Technician Training Program’ have been the commendable effort of the board. Under the scheme, training to 5,200 unemployed youths to climb coconut trees and plant protection work and 2805 Neera technicians has been provided.

Speaking about the efforts of the central government, Agriculture Minister said there is good news for coconut farmers, the minimum support price from Rs 5550 to Rs 5950 for milling copra and from Rs 5830 to Rs 6240 for edible copra. Government has also increased the import duty of crude palm oil from 7.5% to 12.5% and from 15% to 20% for RBD palm oil and it will increase demand for palm oil in the domestic market and the demand for coconut oil will increase.

Moreover, the central government’s new foreign trade policy for 2015-20 is to promote the export of coconut products, exports value (FOB) of up to 5% as incentives are given. The export of coconut products is likely to rise in the future, because price is being extremely competitive. From the beginning of this financial year, India, Malaysia, Indonesia and Sri Lanka has been exporting coconut oil, whereas in previous years coconut oil was being imported from these countries. Desiccated coconut export to US and Europe in large quantities is also being done from India for the first time.

The awards divided into 8 groups received by 14 individuals and organizations. Shri Singh congratulated to all the award winners. The Minister said that the awards will speed up progress and development of coconut sector and coconut farmers will get inspiration and increase income from farming.

Agriculture Minister also said that he hope that the Board through its efforts to meet the expectations of farmers and stakeholders will leave no stone unturned. Our country will become a world leader not only in the production and productivity of coconut, but also in export and processing of coconut and in the health sector, may countless qualities of coconut emerge.