Dr Bhagirath Chaudhary, Founder Director, South Asia Biotechnology Centre (SABC). Dr Chaudhary has rich experience in both research as well as the review of various aspects related to the plant biotechnology. He is also the Faculty of Bioscience Engineering of Gent University since June, 2013 besides being an honorary member of public Research & Regulation Initiative (PRRI) since October 2012. 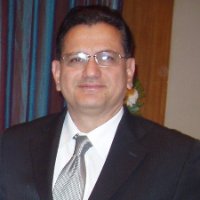 Politics is a strange thing and during election time, the strangeness factor is more pronounced. Add science to this and it makes for a potent mix.

While mosquitoes have for the past many years been doing their seasonal job, spreading dengue and chikungunya in India and zika elsewhere, geneticists have worked at modifying the same mosquitoes genetically to stop them from multiplying.

The technology is conceptually simple. A gene is inserted into male Aedes aegypti mosquitoes that transmit the viruses causing dengue, chikungunya and zika fever. This gene produces a protein that can “switch off” the activity of other genes key to the insect’s survival. Adult males carrying the self-destruct gene are, then, released in large numbers in endemic localities to mate with normal female Aedes aegypti mosquitoes and produce offspring that cannot survive beyond larval stage. It is important to note that the lethal gene here is expressed only in the offspring. The adult male is fed an antidote — the antibiotic tetracycline — to prevent the self-destruct mechanism from operating, so as to ensure its own survival and mating with female mosquitoes. In a matter of weeks, the mosquito population drops drastically, as the offspring inheriting the gene without the antidote die.

The above genetically modified (GM) mosquito route to control dengue or zika has been approved in countries from Brazil and the US to Cayman Islands and Panama. Trials have also been happening in China, Australia and Indonesia on infecting male Aedes aegypti mosquitoes with naturally-occurring Wolbachia bacteria and releasing these into the environment for copulating with females in areas where dengue is endemic.

Politicians – including in India – have been pretty receptive to GM technologies for control of dengue and chikungunya. In October 2015, the Aam Aadmi Party (AAP) government in Delhi sent a team led by the vice chairman of its Dialogue and Development Commission, Ashish Khetan, to southern China’s Guangzhou province to study the latter’s “success” in rooting out dengue through mating of GM male mosquitoes with female carriers of the vector-borne disease. The commission also allowed GBIT, the Indian partner of Oxford Insect Technologies — the UK-based developer of the earlier-mentioned self-destruct gene technology for controlling Aedes aegypti mosquito populations — to make a detailed presentation during a dengue vector control meeting on April 7 this year.

Such political support for GM mosquitoes is not surprising for a country that reported nearly one lakh cases of dengue and chikungunya with 200 deaths in 2015. This year, over 3,000 people in Delhi alone were infected by chikungunya. There is near unanimity over the need to replace age-old techniques of fogging and spraying pesticides with new approaches that could include even GM.

Such openness to GM for addressing problems of urban India is, however, in marked contrast to the outright hostility when it comes to application of GM technology in crops grown by farmers in rural areas. We are seeing this currently in GM mustard, a technology developed indigenously by a team of scientists at Delhi University’s Centre for Genetic Manipulation of Crop Plants. This technology not only promises higher yields through crossing of Indian and East European mustard lines, but also allows for introduction of new traits relating to quality (oil with zero erucic acid content) or resistance to disease (alternaria blight and stem rot). There are limits to achieving these through conventional breeding.

Today, India has roughly six million mustard farmers with commercial yields averaging 1.2 tonnes per hectare – one-third that of Canada and Australia. Mustard accounts for over a quarter of domestic edible oil production. A doubling of yields will not only benefit our mustard growers, but also help cut the country’s 16 million tonnes edible oil imports costing it $10.5 billion a year.

It is strange, then, to find the same politicians, so gung ho about introducing GM mosquitoes in cities, being totally opposed to planting of GM mustard by six million farmers. This, despite the former being based on ‘videshi’ technology and the latter developed by ‘desi’ scientists.

On October 2, Mahatma Gandhi’s birthday, the AAP government in Delhi held a ‘Jashn-e-Sarson’ fair in support of so-called organic mustard that few farmers anyway grow. The party has even sought to make GM mustard an issue in the forthcoming Punjab Assembly elections, with one its ministers Kapil Mishra claiming that it was a “direct attack on the identity of Punjab”.

AAP’s not alone. The Swadeshi Jagran Manch and Bharatiya Kisan Sangh — affiliates of the Rashtriya Swayamsevak Sangh that has a powerful influence on the ruling government at the Centre — have also thrown their full weight behind opposing clearance for commercial cultivation of GM mustard. This, even after a subcommittee of experts constituted by the Genetic Engineering Appraisal Committee — the apex government regulator that approves proposals relating to trials and commercialisation of GM organisms — found the technology to be “safe for human and animal health” and unlike to “pose any risk to biodiversity and the agro-ecosystem”.

Again, consider the irony. Here, we have ‘swadeshis’ opposing a GM mustard technology indigenously developed by Delhi University, unmindful of the fact that doing so will only increase India’s dependence on imported edible oils (a significant part of which is GM anyway!). Surprisingly, the same politicians have no issues with GM mosquitoes even if the technology is borrowed from Oxford University or China.

Note: The views expressed by the authors are their own and the BioVoice may not necessarily agree with all aspects of their opinion.