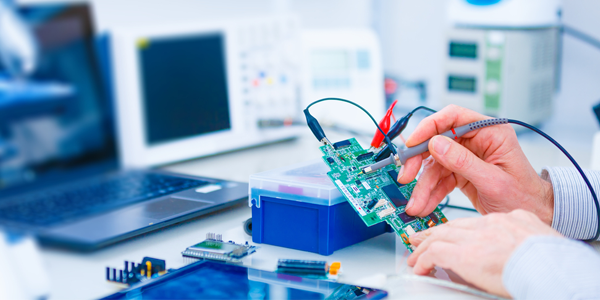 Welcoming the speedy opening up of plots booking  to the formal inaugural of the park sometime back, Association of Indian Medical Devices Industry (AiMeD) which was instrumental in visualizing and shaping up the medtech park, has stated that its an encouraging development but investment to the park will be incentivized only if import duty on medical devices is rationalized.

“It will be challenging  to populate the park unless EXIM tariff structure is rationalized. Currently, we have nil import duty on most of the electronic medical devices, so why will anyone invest or take the trouble of setting up manufacturing unit here,” said Mr Rajiv Nath, Forum Coordinator, AiMeD.

Mr Nath further pointed out that for items that India has signed under ITA 1 & 2 ( Information Technology International Trade Agreements ) where it’s bound to be nil duty, alternative methods like differential CVD and Excise Duty are required as is being done for establishing mobile industry and for items for which India has not signed up under ITA -3 the Dept of Revenue needs to apply  peak duty of 10% , otherwise why not sign up ITA-3?

Meanwhile the CEO of AMTZ , Dr Jitendra Sharma announced the target of closing sale of 300 units in the 270 acres by 31st December .”We have already received the first 2 bookings since opening the bookings on Oct 2nd and the 1st booking was within 6 hours of launch”, he quipped .

Ms Rama Venugopal, Speaking on behalf of Andhra Chamber of Commerce welcomed the ongoing initiatives to indigenise medical equipment and informed that  central govt has timely announced incentives and tax subsidies for investments in AP two days under the Income-tax Act. 7 districts of Andhra Pradesh including Vishakhapatnam were notified for any manufacturing undertaking set up from 1/4/15 to31/3/2020 is eligible for 15% of higher addl. depreciation & 15% of investment allowance.”We hope other incentives will also be announced to make this a thriving manufacturing hub for Medical Electronics equipments .”

As per AiMeD, the AMTZ is India’s first and only the third such exclusive facility for manufacturing of medical devices in the world. A good example of public-private cooperation, the outcome of collaborative cooperation between government of Andhra Pradesh, government of India and AiMed, which had mooted the idea. The zone spreads over 270 acres at Pedda Gantyada Mandal in Vishakhapatnam within close vicinity of Vizag international port.

The zone will house  300 medical devices manufacturing units. It will have R&D, testing, logistics, regulatory facilities within the campus. Besides that there will be common manufacturing facilities, plug and play modeled, ready to move in built-up, pre-approved and Factory Act compliant factories available on monthly lease of Rs 1.50 lacs per acre fully built up plot or 75000 Rs per half acre fully built up  plot .