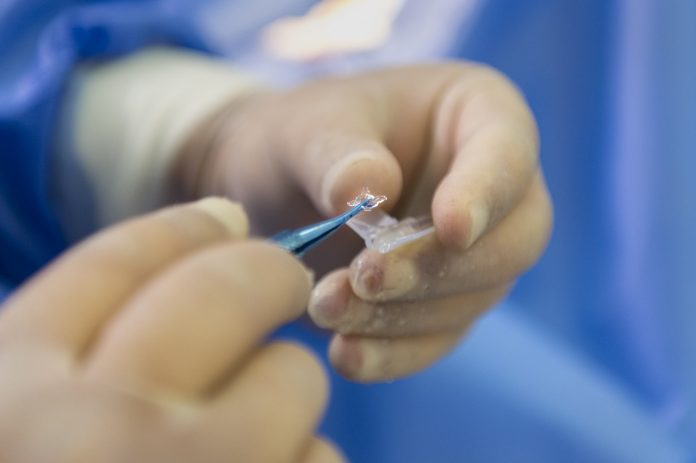 The biological way of discovering new drugs is fast gaining pace due to the huge benefits and lesser side-effects that otherwise chemical route comes with. However, the discovery of new molecules and their validation may take equally painful time. Now the scientists have come up with the biology oriented synthesis for drug discovery as an interesting approach with fresh hypothetical perspectives.

“Drug discovery is often an arduous process of combing through millions of small organic molecules, sometimes assembled over decades of research to find that one molecule which can trigger the intended physiological effect,” says Dr Rishikesh Narayan who adds further, “In the subsequent process, the ‘initial hit’ is optimized through iterative process to make it more ‘drug like’ and ultimately test it in humans for the intended effect. Quite often, this development process from initial hit to drug molecule is a time and resource intensive process.”

Dr Narayan who is an Assistant Professor, School of Chemical and Biological Sciences, IIT Goa believes that the success of the drug development program quite often depends heavily on the quality of the initial hit. “Hence, the identification and validation of the initial hit is critical for success in this area,” explains the scientist who has earlier worked as Research Investigator at Biocon Bristol Myers Squibb Research Center, Bangalore, has coauthored 15 research publications and filed 1 US patent too.

He, however, feels that this lengthy process of drug discovery can be significantly shortened if the initial hit is already endowed with good properties. “Hence, the drug discovery scientists are constantly looking for ways to come up with privileged initial hit molecules with good properties through their sheer ingenuity which has given shape to multiple hypotheses.”

As per Dr Narayan, one such powerful hypothesis named ‘Biology Oriented Synthesis (BIOS)’ was conceptualized in the lab of Prof. Herbert Waldmann at Max Planck Institute for Molecular Physiology, Dortmund, Germany. This novel hypothesis essentially harnesses the innate ability of natural products or the compounds present in nature to interact with proteins through the process of evolution. According to this hypothesis, the proteins present in human body and natural products display great mutual recognition which significantly enhances the probability to find initial hit molecules if the compound collection is developed based on natural products.

Dr Narayan alongwith his team recently developed and reported a new state-of-the art synthetic methodology to access tropane, a versatile chemical core which is present in many extremely potent natural products such as cocaine, scopolamine, atropine etc. They synthesized around 130 compounds containing this core and subjected them to high content phenotypic screening.

Phenotypic screening is a powerful method used in drug discovery and biological research to discover new bioactive molecules. In this process, cells are essentially treated with a library of chemical compounds one at a time and their effect on various cell parameters such as cell proliferation, shape or length as well the amount of any particular protein secreted by cells as a response to the compound treatment. These effects can be generally observed under a powerful microscope. The effect which our compounds showed on mouse cells took us by complete surprise.

The research team observed that tropane-based compounds were able to block the cell division. However, the cells didn’t die as a result of this which is highly unusual. Generally, in the biological systems if the cells fail to divide because of any reason, they are tagged by the system as defective cells and consequently, this tagging leads to their death and removal from the system.

“We named the most potent compound from our collection as Myokinasib. This extremely interesting observation prompted us to probe the effect of Myokinasib further which meant looking for the biomolecular target of this compound. Most small organic compounds show their effect in biological system by binding to biomolecules such as proteins, enzymes etc. and altering their function as a result of this. In most human diseases, the function of one or more of these biomolecules is altered. Hence, in the field of drug discovery it is of paramount importance to identify the biomolecule(s) responsible for the progression of any disease. Quite often this is the first step in any drug development program,” he explains.

“Hence, we wanted to find out the target of Myokinasib as well and see if it is of any pharmacological relevance,” he continues, “This process typically known as target identification and validation is a very research-intensive process and requires confluence of multiple state of the art technologies such as chemical proteomics, genetic techniques, computational methods etc.”

After a research of over 3 years, they found that Myokinasib targets a class of proteins known as Myosin Light Chain Kinase (MLCK). The details of this research have been recently accepted for publication in Cell Chemical Biology, a leading scientific journal in this field. Dr Narayan points out that it is important to know that this protein belongs to a bigger family of proteins known as kinases which are critical to proper regulation of many vital biological processes. Moreover, over the last two decades or so, kinases have been extremely successful as drug targets for treatment of many diseases such as various cancers, cardiovascular diseases, inflammatory diseases, auto-immune diseases etc. but by far the biggest success has been achieved in the treatment of many different forms of cancer, he says.

“MLCK in particular, has also been proved to be a validated target in many diseases such as inflammatory diseases, asthma, atherosclerosis, cancer etc. The discovery of Myokinasib with many favorable properties as a potent inhibitor of MLCK opens the possibility of developing this molecule further for treatment of one of more of these diseases. However, this development process is often a winding road with many pitfalls along the way but we are getting ready for the journey,” mentioned Dr Narayan who is hopeful of a breakthrough in the future.

Where does it stand now

The current status of the project is that the first and most important part of the work which involves identification and validation of the biomolecular target of has been completed. The way forward in order to make this discovery even more meaningful would be to develop this compound further first as a bonafide lead compound and subsequently as a potential drug. The strategies towards that is being chalked out right now along with identification of appropriate collaborators to carry this work forward.

Dr Narayan who was recently in France to attend the SeaTech Week 2018 in Brest termed the experience as fruitful for the entire IIT Goa delegation. “The whole visit was meticulously planned by our hosts to show us the complete marine science and technology ecosystem thriving in the Brest area. We also got exposed to various possibilities which this area offers within Indian context.” he says “More importantly, we had the opportunity to meet and discuss potential collaboration avenues both in terms of research and student visits.”

“As for me particularly, I got introduced to a team of biologists who are experts in screening large libraries of compounds against a very important class of biomolecular targets. I am really looking forward to working with them in near future,” says Dr Narayan who on the basis of discussions, is hopeful that there are certainly opportunities for collaboration with French institutes and industry.

Dr Narayan credits the IIT Goa in supporting fresh discovery ideas. “IIT Goa has been very supportive in promoting fresh research ideas in general. We are in the process of setting up research labs for various departments to tackle socially relevant challenges which can be solved with using science and technology. In addition, we are also setting up a ‘center of excellence’ on particulates, colloids and interfaces with deep roots in nanotechnology and material science engineering.”

*Note: The article is based on the discussion between Dr Rishikesh Naryan and the author on the sidelines of SeaTech Week 2018 held in France.