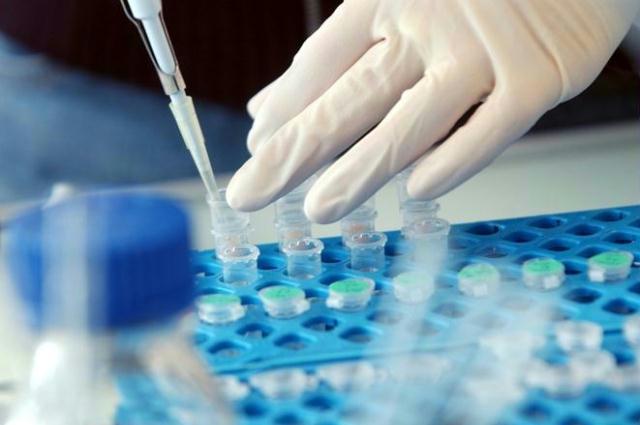 New Delhi: Recently Prime Minister Mr Narendra Modi unveiled the “Make in India” campaign, with an aim to turn the country into a global manufacturing hub. Biotechnology Sector is one of the sectors which has identified by government among 25 sectors that will be covered under the Make In India plan. The Make in India campaign aims at turning the country into a global manufacturing hub by smoothening business processes and attracting foreign companies to set up factories in India and invest in the country’s infrastructure.

According to a Special Report prepared by the Association of Biotechnology-Led Enterprises (ABLE), the India’s fast-growing BioEconomy has crossed the $35.1 billion in 2015. The report was released on the inaugural day of the BIO International Conference at Moscone Convention Center in San Francisco on June 7. The Indian biotechnology sector is divided into five major segments; bio-pharma, bio-services, bio-agri, bio-industrial and bio-informatics. The biopharmaceutical sector accounts for the largest share of the biotech industry with a share of 64% in total revenues in 2015, followed by bio-services (18%), bioagri (14%), bio-industrial (3%) and bio-informatics (1%).

The sector has in the past seen high growth with a CAGR in excess of 20 percent and the key drivers for growth in the biotech sector are increasing investments, outsourcing activities, exports and the government’s focus on the sector. The Department of Biotechnology has established biotech parks in various parts of the country to facilitate product development, research and innovation, and the development of biotechnology industrial clusters. The parks offer investors incubator facilities, pilot plant facilities for solvent extraction and laboratory and office spaces.

Apart from pharmaceutical sectors, biotechnology innovations and research are instrumental in related healthcare systems, agricultural industry, polymers and materials sectors. Research and development in this area is relatively time consuming and involves huge investment with risk involved with the outcome. To promote such results much more importance is affixed with respect to patenting the inventions in said field, and enabling the growing research sector to monetarily sustain itself.

As per the report published in Make in India initiative; Indian biotech industry will grow at an average growth rate of around 30 percent a year and reach USD 100 Billion by 2025. The market size of the sector is expected to rise up to USD 11.6 Billion by 2017 due to a range of factors such as growing demand for healthcare services, intensive R&D activities and strong government initiatives.

Budget provisions for the sector include the service tax exemption for services provided by operators of common biomedical waste treatment facilities to a clinical establishment by way of treatment or disposal of bio-medical waste or processes incidental thereto. Refund of customs duty paid at the time of import of scientific and technical instruments, apparatus, etc. by public funded and other research institutions, subject to submission of a certificate of registration from the Department of Scientific and Industrial Research.

A look at the incentives

The patentability of biotechnology related inventions particularly genetic engineering has also been discussed. The details of wording of claims, clarity, support and sufficiency of the disclosure are provided. However, for better understanding of the issues related to novelty and inventive step, a preliminary discussion of claims of biotechnology related inventions are covered. These include the polynucleotides or gene sequences, polypeptides or protein sequences, vectors, gene libraries, host cells, micro-organisms and stem cells plants and animals tissue culture, pharmaceutical or vaccine compositions comprising micro-organisms, proteins, polynucleotides and antibodies or antigen binding fragments thereof monoclonal or polyclonal.

In order to help the patent seekers, a Biotechnology Patent Facilitation Cell (BPFC) has been catering to the need of promotion of biotech research by creating awareness and understanding among biologists and biotechnologists, relating to patents and the challenges and opportunities in this area. Apart from that, it is also providing patenting facilities to biologists and biotechnologists in the country for filing Indian and foreign patents on a sustained basis. It has also been entrusted to keep a watch on development in the area of IPR and make important issues known to policy makers, bio-scientists, biotech industry, etc.

The Ministry of Science and Technology has issued the guidelines “Instructions for Technology Transfer and Intellectual Property Rights”, which would help in enhancing the motivation of scientists, research institutions and universities in projects funded by the Department of Science and Technology, Department of Biotechnology, Department of Scientific and Industrial Research etc. The salient features include ownership of intellectual property, transfer of technology, royalty to inventors, norms for private industry, patent facilitating fund and mandatory dissemination of nformation by the institutions.

The guidelines have been laid down to ensure that research with human stem cells is conducted in a responsible and ethical manner and complies with all regulatory requirements pertaining to biomedical research in general and of stem cell research in particular. These guidelines apply to all stakeholders including individual researchers, organizations, sponsors, oversight/regulatory committees and any other associated with both basic and clinical research on all types of human stem cells and their derivatives.

The Indian government has announced a revised set of guidelines for manufacturing and marketing of similar biologics in the country to help Indian companies tap a large size of a potential $290 billion global market for biosimilars. While the global centric ‘Biosimilar Guidelines’ adopted in 2012 have been well appreciated, there was an overall sentiment for few amendments and additions to meet the requirements of Indian industry

The guidelines outlined a simple abridged procedure for evaluation of ‘similar biologics’ which have been approved and marketed in India, Europe or USA for more than four years. “These will help increase access to some of the key medicines for Indian patients and also create a dynamic manufacturing industry of similar biologics in India,” said India’s Minister for Health and Family Welfare, Dr J P Nadda in a video message to the ongoing BIO International Convention in San Francisco on June 8, 2016.

The Association of Biotechnology-Led Enterprises (ABLE) team led by its Chairperson Dr Kiran Mazumdar-Shaw has been working closely with the regulators over the past year to formulate the new biosimilars guidelines. Two final meetings in May 2016 drafted most of the new guidelines

With several biologics off the rack of patent shelves in the next five years, the combined sales potential of more than US$ 60 billion represents a massive opportunity for India to contribute through vaccines and biosimilars.