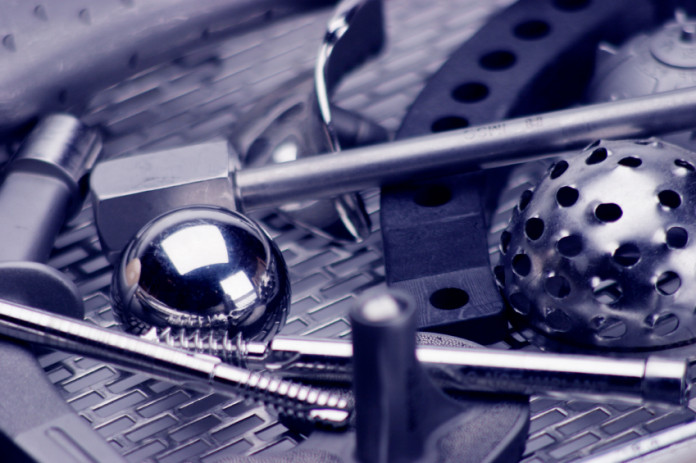 New Delhi: As per few prominent industry experts, rationalizing trade margins based on the Department of Pharmaceuticals’ report, titled “Report of the Committee in High Trade Margins in the Sale of Drugs, 2016.” shall be the most nuanced approach for bringing in affordability.

This approach, if implemented, basis a fair and mutually agreeable calculation, has the potential of reducing MRP to the extent of 73 percent, believe these experts, adding that this scientific method will not only address the government’s concerns about excessive mark-ups and affordability but also will preserve the environment for innovation.

The DOP report observes that high trade margins enjoyed by distributors-hospitals/ retailers are the main reason for cost escalation of drugs including medical devices. It has been notified that margin escalation has largely happened between the Price to the Hospital & MRP (the price at which the hospitals buy and then sell the medical device to the patients). The solution, therefore lies in rationalizing these margins to bring in transparency in pricing while benefiting both domestic and imported products. The margin controls would permit manufacturers of medical devices to continue to innovate and compete based on the value of the technology. This will ultimately benefit the patient population in India.

“Based on the Department of Pharmaceuticals’ ‘Report of the Committee in High Trade Margins in the Sale of Drugs, 2016’, there seems to be some consensus towards adopting a solution around Trade Margin Rationalization (TMR). Imposing TMR involves imposing a cap on upstream margins across the entire value chain, rather than imposing caps on prices of products downstream. This would certainly be a game changer if implemented in the right way, and at the right time. Other than being the most nuanced approach for addressing affordability and bringing in more transparency in pricing, TMR strategy, based on the point of the sale, would not distort incentives for innovation and serve the purpose of reducing the overall cost burden on the consumer.”, commented, Dr Ashish Bharadwaj, Jindal Global Law School.

For rationalizing margins, industry experts have stated that a comparable PTT for foreign and domestic manufacturers would be the first commercial sale to an unrelated third party (distributor) from the Indian manufacturer or Indian subsidiary of the multinational company. From that point, the Trade Margin Rationalization proposal would allow a specific margin to the MRP. Industry experts have urged the government to refrain from setting different price points for foreign and domestic manufacturers. “Applying, landed cost to the foreign manufacturers while allowing for the price to distributor for the domestic producers will be highly discriminatory and will defeat the purpose of rationalizing trade margins for the larger good of the people of this country. That is the reason why even DPCO 2013 does not differentiate between an Indian subsidiary of a global company and an Indigenous manufacturer and clearly defines “manufacturer” as “any person who manufactures, imports and markets drugs for distribution or sale in the country”, for the purpose of price control.”

“A global company’s subsidiary should be viewed as a domestic firm, with added costs not borne by the typical domestic firm, for purposes of the Trade Margin computation. Trade margin rationalization should be based on a comparable PTT (Price to trade) and not landed cost basis in the case of imports, as it does not consider other intermediate expenses such as training clinicians on the technology, providing technical support to clinicians or patients for the product, investment on creating therapy awareness and skill development of clinicians, financing sales and collection costs in India, paying Indian corporate taxes, and other normal expenses for developing and serving the Indian market,” said, Mr Ritesh K Singh, a business economist based in Mumbai.

“This system must be fair and reasonable, and should not discriminate against global research-based companies that import their innovative medical devices into India, else it will stand as a barrier in bringing leading medical device technologies to the Indian market. An even-handed definition of PTT for both domestic and imported manufacturers, as well as giving adequate incentives for innovation, are fundamental for ensuring a fair market and an enabling investment climate. These factors are critical to advancing India’s ambitious health, economic, development, and innovation goals.” said Mr Amir Ullah Khan, Economist, and Director of Research at Aequitas.

Note: This news is based on a press release.