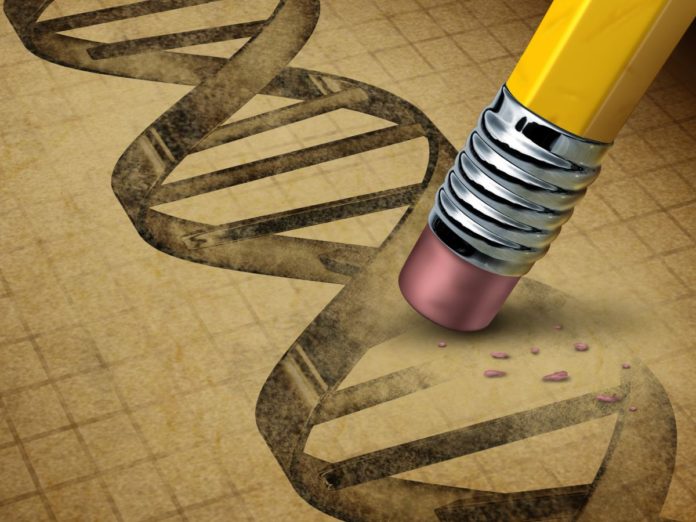 Prof Pawan Dhar is the Professor and Head, Synthetic Biology group, School of Biotechnology, JNU, New Delhi. His recent work on making artificial genes has been called potential breakthrough by European Science Commission.He received his PhD in 1993 from BHU for his work on Human Genetics.

Deepak Singh is the PhD Candidate at the Centre for the Studies in Science Policy, JNU, New Delhi. He is an Electrical Engineer by training and his current interests are using the tools of technology foresight in emerging areas like renewable energy and synthetic biology.

Synthetic Biology describes a rational design approach to engineer biological systems using a standard inventory of parts and rules of composition. The ability to move from discovery to design, has unleashed a new wave of creativity among scientists.  People are suddenly excited about building everything: including DNA, RNA, protein organelles, cells and tissues, towards useful applications.

Though the term genetic engineering was liberally used for many decades, quite frankly, the engineering in genetics has just begun. Furthermore, this interface of engineering and genetics is rapidly broadening as well as deepening. This is due to the fact that creation of a genetically modified organism has been based on probabilities than precision i.e., combining redesigned vector with the host cell at a certain concentration hinged on a hope that the vector will temporarily express in the cell and deliver the much needed cargo. Though this approach has been highly successful, it is a demonstration of probability, not engineering.

In June 2004, synthetic biology made its formal appearance through its first conference at MIT, laying a new engineering foundation in biology even though the introductory work and terminology were coined much earlier.  This event triggered a massive influx of ideas towards computer aided design of organisms. In India, synthetic biology research is at a nascent stage and there is a need to bring various stakeholders on a common platform (Singh and Dhar 2013).

One of the major outcomes of synthetic biology research has been the development of ‘long DNA synthesis’ technology.

For the last ten years, the cost of chemically synthesizing DNA bases has dropped at least 10 times – from a dollar a base to 10 cents a base. Some companies are claiming a much higher drop in the cost of DNA synthesis. Along with a significant reduction in the cost of synthesizing DNA, the ability to cook up longer DNA sequences has increased remarkably. From a primer level ability to synthesize DNA sequences, the current technology allows chemical synthesis of whole microbial genomes!

This is not to say that long DNA synthesis should be stopped on its tracks. The key word really is ‘responsibility’. This technology can help scientists quickly arrive at results leading to useful products. What used to take months can now be achieved in a matter of weeks.

The power of low cost DNA synthesis combined with the power of synthesizing long DNA sequences opens up a realm of unimaginable possibilities. Suddenly the term “responsible innovation” starts ringing the bell!

One consciously looks for trenches and caveats that may not be visible to an innocent eye. The attention moves from a network of applications to a network of responsibilities. Given that Synthetic Biology community is largely based on a slippery slope of self-regulation, it could lead to scenarios that are detrimental to life on this planet impacting biodiversity and health.

On one side, societal needs require innovations to improve the quality of life. On the other side, dual use technologies, if left undiagnosed and untreated can cause disturbance of delicate balance and irreversible damage to environment and human health.

The long and short of DNA Synthesis

The first evidence of chemical DNA synthesis came from HG Khorana’s lab in 1950s leading to the cracking of genetic code.

Fast forward technological advancements to 2016 and we see chemically synthesized genome sequences coming at a fraction of cost and time. Though long DNA synthesis has helped speed up recombinant DNA research, we visualize a scenario where synthesizing zika virus can merely cost of a desktop and Herpes Virus cost a sedan! Thus, a thin line that exists between available technology and emergence of a deadly virus, may be that of an intent.

Recently, a discreet meeting of scientists at Boston (revealed by the press) talked about making of synthetic cell line with a complete human genome that can, with further research, lead to creation of designer human babies. This raises serious ethical questions which, until now, have not been properly addressed at the societal level and may lead to detrimental effect on human lives.

This is not to say that long DNA synthesis should be stopped on its tracks. The key word really is ‘responsibility’. This technology can help scientists quickly arrive at results leading to useful products. What used to take months can now be achieved in a matter of weeks. This technology has the power to transform several industries – be it biopharma, agriculture or biomaterials.

For industries, this technology is a potential asset worth billions of dollars. However, for legal luminaries, it is an opportunity for writing new laws at the boundary of fundamental right to human health and responsible scientific explorations.

For academicians from sciences and social sciences it’s a mirror image scenario. The former looks at an exciting gift of a technology to the society and the latter (social scientists) try to study the convergence and foresee uncomfortable folding’s or grey areas, which can be a threat to the society. In our view, finding the right balance between innovation and safety, is the need of the hour.

The need for multidisciplinary collaboration

Given the rapid pace of proliferation of long DNA synthesis technology, we recommend convergence of scientists, social scientists, lawyers, economists, business persons, members of civil society like NGOs, journalists, bureaucrats and politicians, to discuss the technology, develop tool for early diagnosis of anomalies and a legal framework to ensure a responsible innovation. This can be achieved by bringing various organizations together on this issue.

In India, several leading institutions such as the IITs, IISc and Jawaharlal Nehru University (JNU) have a leading presence in Synthetic Biology. In this regard JNU presents itself with expertise rich in science, economics and policy in the form of School of Biotechnology,  Centre for Law and Governance, Centre for Political studies, Centre for Sociology, Centre for Science Policy, Centre for Economic Studies and Planning and School of International Studies.

The need of the hour is to inculcate value-based education and prevent misuse. Given that every innovation comes at a cost to the planet, responsible innovation and sustainability must go together.

To explore the emerging aspects of responsible innovation in long DNA synthesis technology, each School / Centre may come on a common platform and address overt and covert issues arising from this technology, leading to a joint declaration and recommendation to the Government of India.

Furthermore, the need of the hour is to trigger nationwide debates inviting members of the society from various cross sections to present their views and concerns. The bigger goal is to develop a national consensus on responsible innovation arising from emerging technologies and find socially acceptable pathways.

Given the rapid pace development in biotechnology sector, recommendation for creating Centre for biotechnology policy and regulatory sciences have been made (Dash 2012).

At the international level, there is a need for dialogue among responsible nations for sharing global wisdom and develop a common protocol for humanity. Furthermore, there is a need to understand and identify structural loopholes and suggest remedial measures. We need to set up standards of responsible innovation, encourage nations to participate and give recommendations. There is a need for strong Indian presence in this area and lead the world by demonstrating insight, integrity and an inspirational leadership.

For dual use technologies, the demarcation line of innovation for public good versus public suffering is quite thin. Innovation needs to be nurtured with responsibility as novel technologies and products are sometimes used tools of foreign policy. To ensure that innovation results in genuine public good for all, it’s time to create a virtual network of information exchange, involving academia, industry and governments.  The need of the hour is to inculcate value-based education and prevent misuse. Given that every innovation comes at a cost to the planet, responsible innovation and sustainability must go together. Due to this reason, the responsibility of global community to enjoy fruits of long DNA synthesis technology and prevent its misuse, is not just a fancy buzzword. There is really no other choice.

[Disclaimer: The opinions expressed in this article are author’s own and do not reflect the position or official policy of their Organizations]